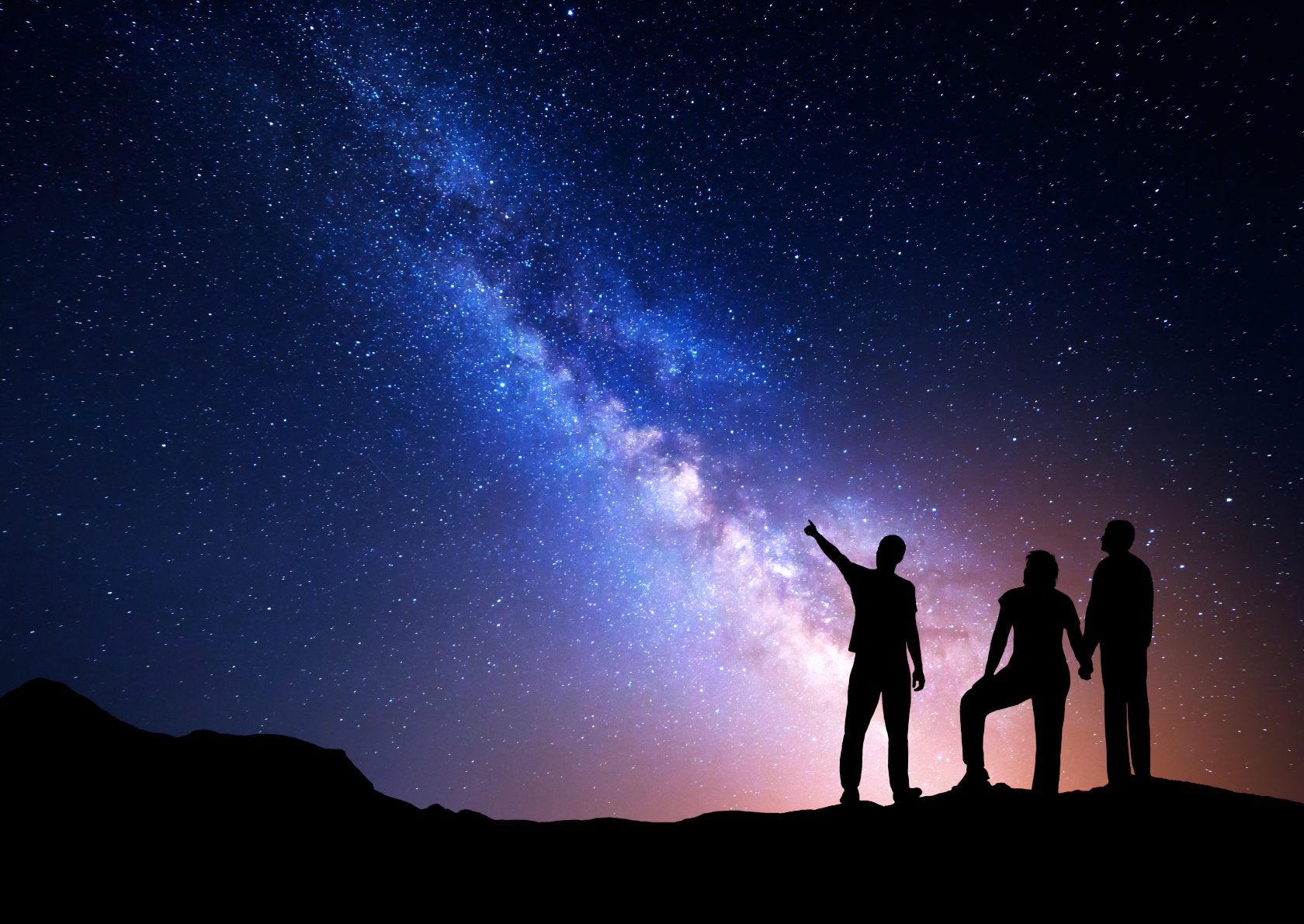 It’s not too late to save the night sky, but governments need to get serious about protecting it

By Samantha Lawler and Aaron Boley

A whopping 80 per cent of North Americans can't see the Milky Way due to light pollution.

In early 2021, just after the Perseverance Rover landed on Mars, a purported image of the Martian night sky went viral. In that image, above the sleek metal of a Mars rover, the clearly defined Milky Way cuts from horizon to horizon, crossing a sky filled with so many stars that there is no darkness.

Millions of people were excited to see the unblemished night sky from another planet, with no light pollution from cities, no flashing aircraft and no significant satellite presence.

The photo is not real; rather, it is a clever juxtaposition of NASA images and long-exposure astrophotography. So why did it go viral?

Urban light pollution has vastly changed our relationship with the night sky: 80 per cent of North Americans cannot see the Milky Way from where they live today. Electricity is so cheap and plentiful that we use it to shine lights into the sky for no reason other than laziness and poor planning.

The lack of darkness that many people now experience due to urban light pollution has been linked to many physical and mental health issues, both in humans and wildlife.

But we are now faced with a new source of light pollution: systems of tens of thousands of communications satellites. The construction of these so-called megaconstellations is already changing the night sky.

Indeed, observations by professional astronomers have shown that many of the current Starlink megaconstellation satellites are visible to the naked eye when sunlit.

Megaconstellations have the potential to significantly benefit society by increasing connectivity of isolated communities, a significant challenge in many parts of Canada. At the same time, the negative effects of megaconstellations must be understood by decision makers and properly regulated.

While urban residents might not notice this change, many people around the world will — especially those from cultures that have strong ties to stargazing and traditional knowledge of the sky.

Canada has an obligation to consult with First Nations so that each may independently make a decision before allowing development of a resource that Indigenous Canadians have traditionally had access to for cultural practices.

The damage to science

Astronomy organizations worldwide are concerned about the damage to science that will be caused by megaconstellations and other forms of light and radio pollution, and have responded through efforts such as the “Dark and Quiet Skies Report” and the “SATCON1 Report.”

The Losing the Sky event hosted by the University of Edinburgh brought together astronomers, industry representatives and space law experts to discuss the future of the night sky.

Astronomers will require more telescope time to carry out the same taxpayer-funded science goals, and will need to spend time and money studying the brightness of these satellites and developing new software for mitigation efforts.

Radio astronomers expect to lose even more of the radio spectrum to megaconstellation communication noise, requiring additional investments in research and development.

At the request of the Canadian Astronomical Society, we wrote a report that contains a list of recommendations for what Canada can do to address the many negative impacts of megaconstellations at the national and international levels.

We ran a simulation with 65,000 satellites on their proposed orbits (this includes Starlink, OneWeb, Kuiper and StarNet/GW). We found that there will be more than 1,500 sunlit satellites at any given moment all night, every night in the summertime from Canada. Not all of these will be visible, as their brightness depends on the shape, reflective properties and orbit of each satellite. But there are currently no regulations that limit their brightness.

There are currently about 20,000 tracked objects in orbit, including active satellites, defunct satellites, rocket bodies and pieces of space junk. There are 10 to 100 times more pieces of untracked space junk that are small but still dangerous: tiny bits of debris from rocket launches, satellite deployment, fragmentations (explosions) and even tools dropped by astronauts.

These small objects seem innocuous, but in Low Earth Orbit (LEO), they travel at speeds over seven kilometres per second, many times faster than a bullet, on randomly crossing orbits.

Companies are making substantial progress toward placing at least 65,000 satellites into LEO. Current leader SpaceX has over 1,600 Starlink satellites already in orbit, in a region inhabited by a troubling density of untracked debris.

When two satellites collide (as happened for the first time in 2009), they produce a spray of fast-moving debris. One destroyed satellite makes hundreds to thousands of pieces of trackable space junk, each of which could destroy other satellites, producing still more space junk. Any major fragmentation event will place limitations on space use, endanger crewed space habitation of LEO, and could cause widespread disruptions to services that we rely on every day.

As highlighted by the recent uncontrolled re-entries of the Long March 5B rocket booster over the Indian Ocean in May 2021 and the SpaceX Falcon 9 rocket stage over the Pacific Northwest in March 2021, re-entries are not without risks. A portion of the March 2021 Falcon 9 rocket even survived to impact with the ground in a farmer’s field in Washington State.

The current rules date to the Space Race era. There is a framework for liability, but the only time this was tested was when a U.S.S.R. satellite spread nuclear waste across the Northwest Territories in 1978.

There are also environmental impacts, both from rocket launches and disposal of satellites. SpaceX plans for 42,000 Starlink satellites which will be replaced every five years. This means on average six tonnes of satellites will be destroyed every day. That material will be deposited in the upper atmosphere upon re-entry. While this is less than the 54 tonnes of meteoroids that hit Earth’s atmosphere every day, the composition is very different: Starlink satellites are mainly aluminum by weight; meteoroids are one per cent.

We do not know what could happen when several tonnes of aluminum are deposited in the upper atmosphere every single day. SpaceX is going to run this experiment without any environmental oversight.

Because of the orientation of the proposed satellite orbits, much of Canada’s population will sit under some of the highest densities of satellites, so we can expect to see a disproportionate share of de-orbiting space junk.

Regulation of satellites is key

We need to recognize that LEO is intimately connected to our atmosphere, oceans, and land. We need regulation of satellites now, before there is irreparable damage to our sky. We hope the Government of Canada will act on these recommendations with an urgency that matches the frenetic speed of space development.

While several megaconstellation companies are already in dialogue with astronomers, the improvements they make to their satellites for the benefit of astronomy are entirely voluntary. We shouldn’t have to make a choice between the night sky and global internet. With proper regulation of satellites in LEO, we can have both.

Samantha Lawler is an assistant professor of astronomy at the University of Regina.

Aaron Boley is an associate professor at the University of British Columbia.

Research funding enables U of R researchers to address health challenges and improve health outcomes for the people of Saskatchewan.

Co-ordinated cyberattacks can create massive disruptions to infrastructure and supply chains. New treaties are needed to prevent cyberwarfare, but it's challenging to predict technological advances.