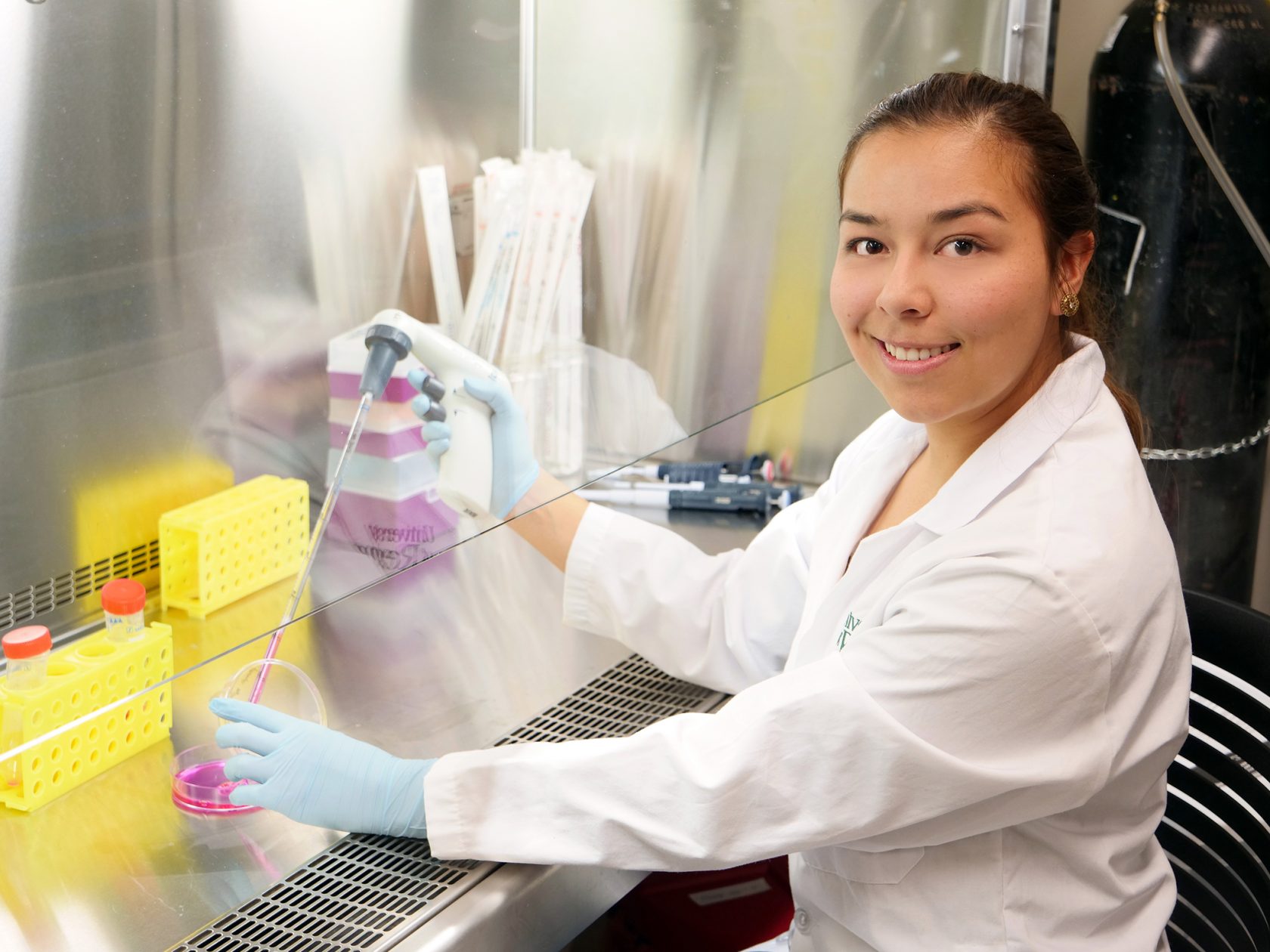 1 Imagine taking an entire thesis and boiling it down to a 180-second presentation. That’s what Alejandra Castilla Bolanos did to win the People’s Choice Award and the overall U of R Three Minute Thesis (3MT) Competition, a student challenge to describe their research in plain language in only three minutes. The biology master’s student delved into a recent discovery she made that’s showing promising results. Alzheimer’s disease is caused by progressive neuronal cell death. Currently it’s understood that cell death occurs when deposits of part of a protein called amyloid beta (A-beta) form plaques that stop the transfer of signals between neuronal cells in the brain. Castilla Bolanos found that certain types of A-beta can neutralize neuronal electrical activity, causing some cells to recover instead of being damaged. It’s promising research in the search for a cure.

2 Nicole Lerminiaux recently received a Queen Elizabeth II Diamond Jubilee Scholarship, allowing her to participate in a six-month study-abroad program as a visiting researcher at the University of Oxford in the UK.

“While there, I studied how bacteria respond to antibiotics produced by competing bacteria,” says the biology graduate student, who also explains why studying abroad made her a better scientist.

“I was put in a new environment and worked with different people, and that encouraged me to think in different ways.”

She found that a type of antibiotic that E. coli produces, called bacteriocins, can promote biofilm formation in E. coli.

“This is a problem because normally we assume bacteriocins would kill E. coli,” explains Lerminiaux. “But biofilms, which are clusters of microbes that cling to each other on surfaces, are typically more resilient to antibiotic treatments than free-swimming bacteria. This means that problematic E. coli may become even harder to get rid of, which would be a serious issue in food and health sectors.”

The results from her work have important implications for understanding how bacteria detect, respond, and tolerate clinical antibiotics, which is crucial in the face of rising levels of antibiotic resistance.

3 Raven Sinclair, social work professor and Sixties Scoop expert and survivor, produced and consulted on director Roz Owen’s feature film, Trouble in the Garden. The film delves into the Sixties Scoop and its continued impact on Indigenous and non-Indigenous people in Canada. 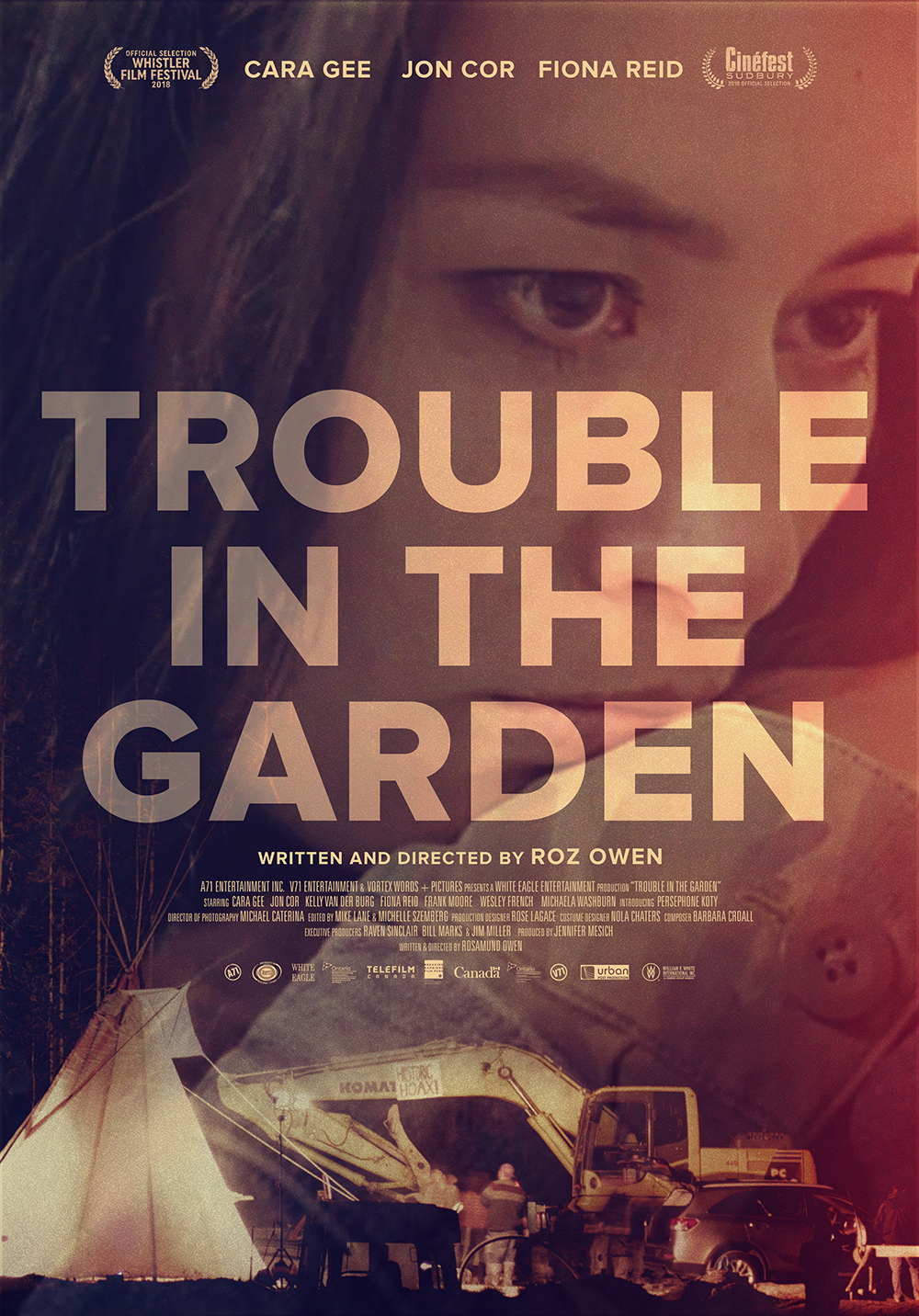 3. Trouble in the Garden movie poster

In early 2017, Owen, who is non-Indigenous, sought out Sinclair as a key collaborator because of her personal and scholarly knowledge, to ensure the film accurately depicted the reality of the Sixties Scoop. “Raven was involved in the film through production, post production, sound, and now through the publicity. I could never have made this film without her support,” says Owen.

"I loved being part of the film. It gave me a chance to participate in a creative medium that I knew nothing about. Film is an amazing way to capture and articulate the human experience."

Sinclair, who made edits to the script and changes to scenes to better reflect the world view of survivors and Indigenous peoples, says that presenting this part of the Indigenous child removal system through a feature film is a good way to reach a wide audience, and to portray how Indigenous peoples have been affected by something that is part of our collective Canadian history. "I loved being part of the film. It gave me a chance to participate in a creative medium that I knew nothing about. Film is an amazing way to capture and articulate the human experience," says Sinclair. Trouble in the Garden is screening across Canada, and in March was part of the Maoriland Film Festival in New Zealand.

Collaboration can be the key to discovery. In the case of a dynamic partnership between a University of Regina research team and an industry partner, it’s also the key to an award that celebrates innovation.

Through a program called Enrich, Cameron Mang works with people who have chronic neurological conditions to personalize rehabilitation training in a group setting.