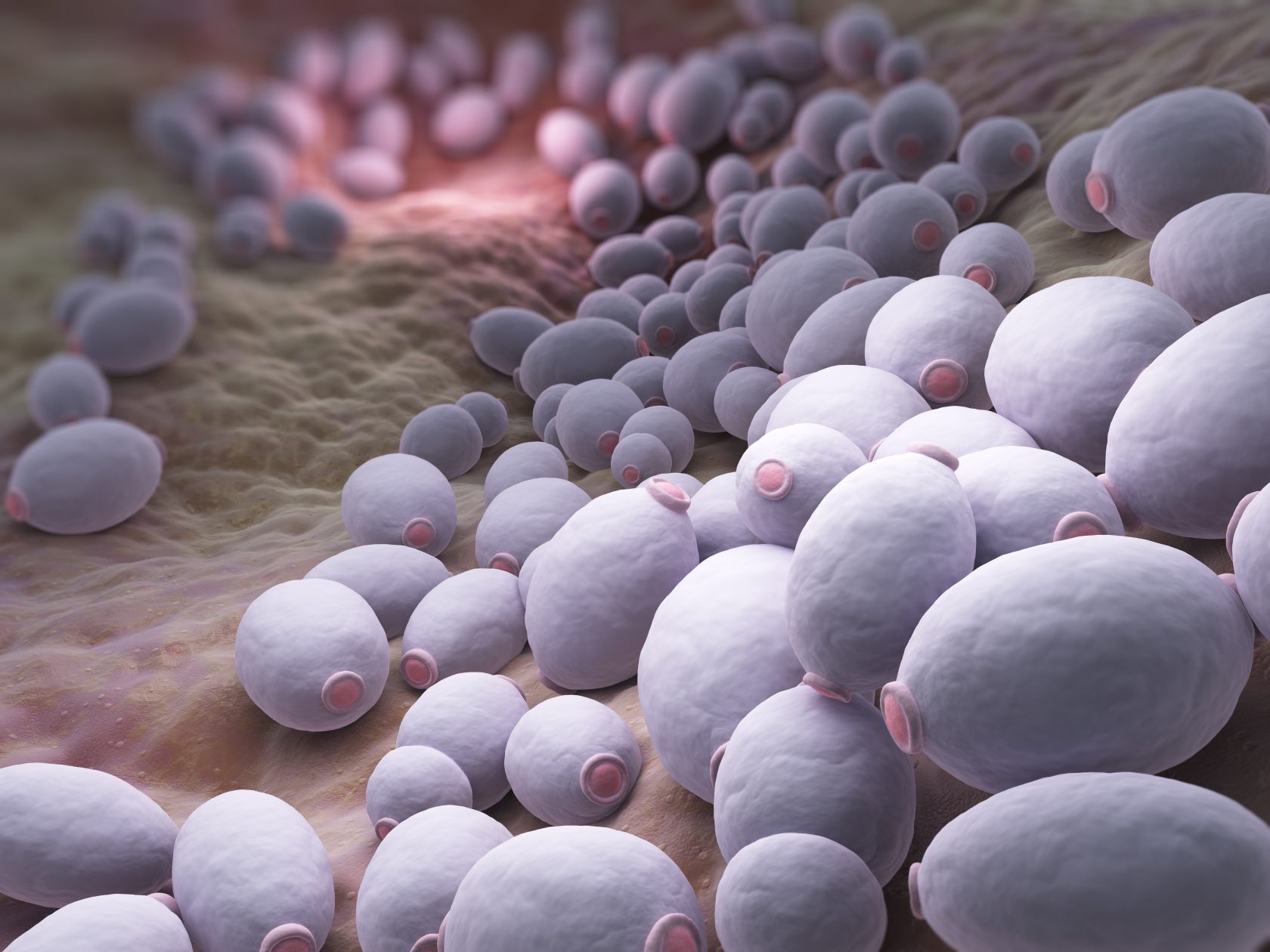 Graduate student Easter Ndlovu is exploring the connection between cancer and Candida and hopes her work could eventually pave the way for treatments that prevent the fungus from killing immunocompromised patients.

Easter Ndlovu, a doctoral candidate in the University of Regina's Department of Chemistry and Biochemistry, is exploring the connection between cancer and one of the most common forms of yeast infection. Her work could eventually pave the way for treatments that prevent the fungus from killing immunocompromised patients.

For the past two years, Ndlovu has been studying how strongly Candida binds to human cells and how much force is needed to separate the two. The young researcher, who was born and raised in Zimbabwe, has shown that the yeast Candida, which causes candidiasis (also known as thrush), adheres to different types of human cells with differing amounts of force.

“For example, it binds more to vaginal cells as compared to skin cells,” says Ndlovu. “And it actually binds more to cancerous cells than to normal human cells.” 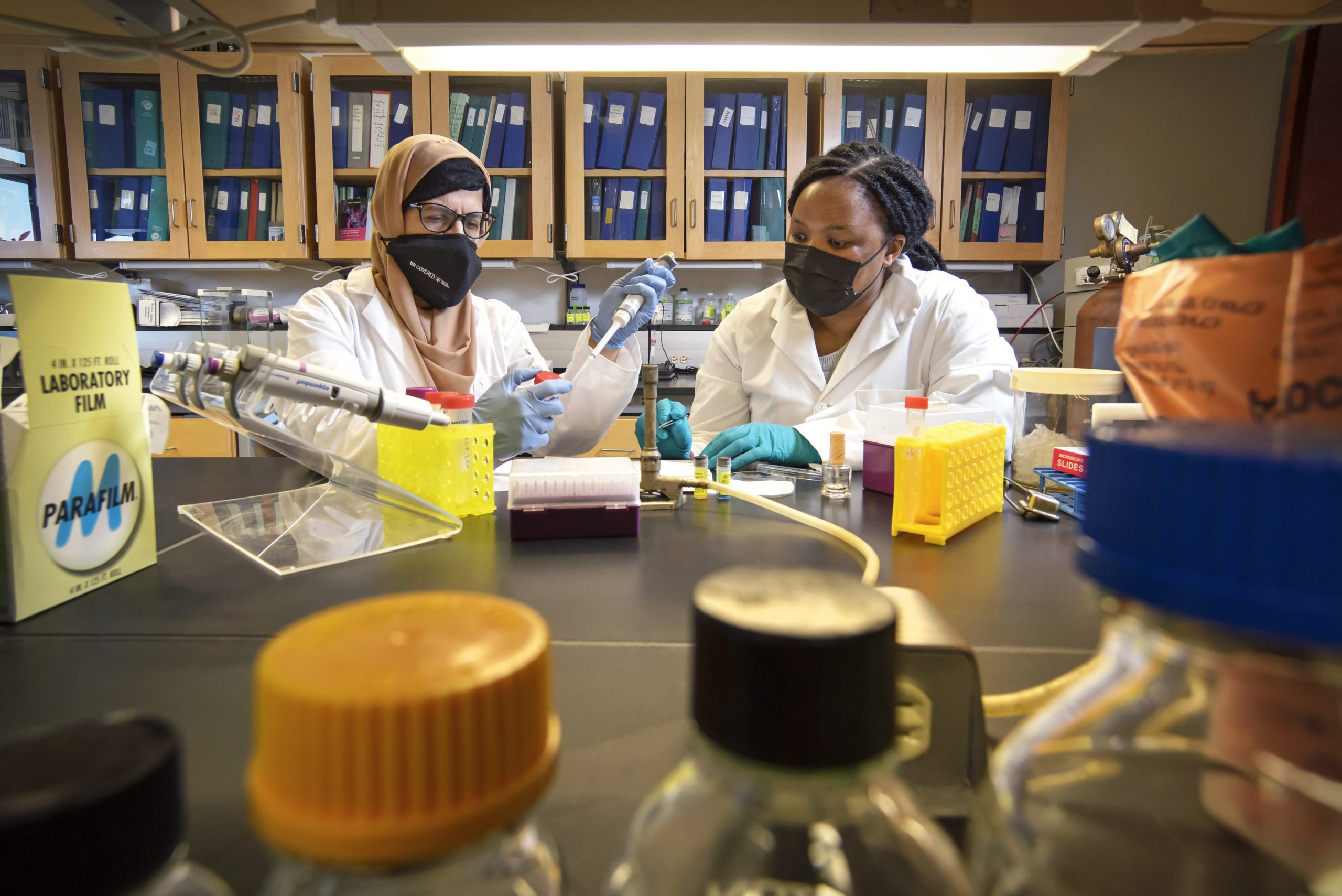 Research associate Dr. Taranum Sultana and Easter Ndlovu, a doctoral candidate in chemistry and biochemistry, working in a U of R lab. (Photo by Trevor Hopkin)

Last year, while preparing for a research visit to Toulouse, France, Ndlovu stumbled upon the idea that Candida not only takes advantage of cancer patients’ weakened defenses, but might actually contribute to cancer development in the first place. She worked with her co-supervisor, Etienne Dague, at the Centre National de la Recherche Scientifique (CNRS), using an atomic force microscope (AFM) with a special module that allowed her to quickly measure – at the nanoscale – how strongly Candida attaches to healthy and cancerous cells. Their finding – that Candida binds more forcefully to cancer cells – suggests it’s not just cancer patients’ compromised immune systems that make them more susceptible to the fungal infection.

Her trip abroad was made possible through a Mitacs graduate research award.

Biochemist Dr. Tanya Dahms, Ndlovu's PhD supervisor at the U of R, feels strongly that established researchers must support up-and-coming scientists, to help equip them to find solutions to the big, complex problems facing our world today—challenges like climate change and pandemics. "They are our hope," says Dahms, who holds a Collaborative Innovation Development grant from the Saskatchewan Health Research Foundation (SHRF). "We are helping build skills for the next generation, so that they can tackle these huge problems."

Understanding how and why Candida attaches to cancer cells is a critical first step in finding ways to defend against the fungus, as this connection serves as the beachhead from which it mounts its attack, colonizing and infecting cells. It also may provide insight into how Candida might help transform normal cells into cancerous ones. 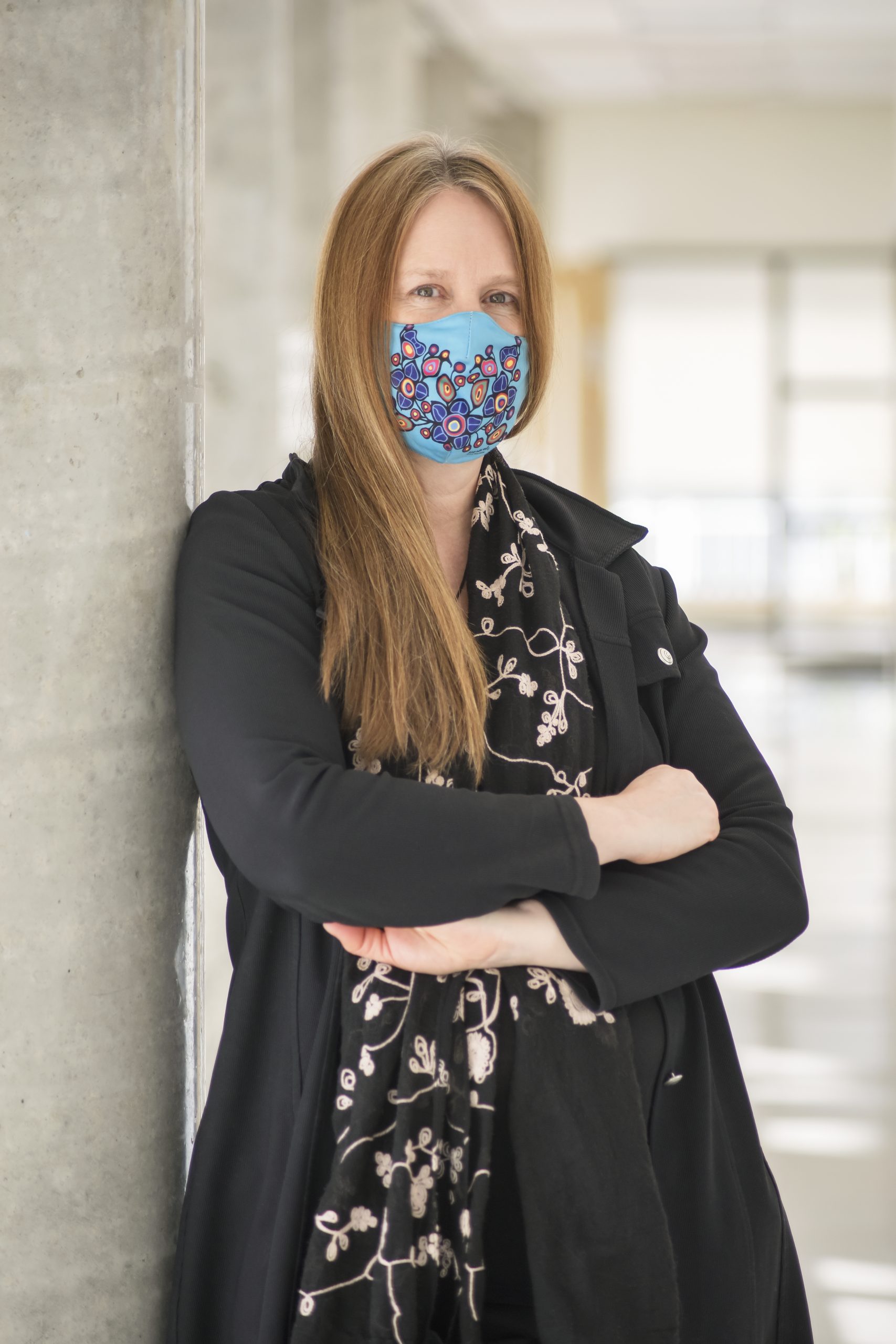 Biochemist Dr. Tanya Dahms is Ndlovu's PhD supervisor at the U of R. (Photo by Trevor Hopikin)

Ndlovu believes Candida latches on to cancer cells because they're "stickier" than normal healthy cells. "When cells become cancerous, they undergo a rearrangement of their cytoskeleton—the network of protein filaments that exist within all cells," she says. "Because the cytoskeleton provides support to the cell, when it's disrupted the cell changes shape, its surface area grows, and it becomes softer, which makes it easier for Candida to adhere to the proteins and molecules than when the cytoskeleton is rigid." Her focus now is on figuring out what macromolecules are responsible for making Candida stick more strongly to cancer cells.

"One can never know everything in the world of science. As genes mutate and new diseases emerge, there is always something to research." Cancer research has been underway for decades, but scientists are still searching for answers, says Ndlovu. "It would be very satisfying to contribute something positive to finding a cure."

Writing the book on COVID-19 responses

Psychologist Dr. Gordon Asmundson is tracking emotional and behavioural responses to COVID-19, which change rapidly, just like the science itself.

Fractured: The gap between mental well-being and farming

Psychology master’s student Cynthia Beck is tailoring an internet-delivered cognitive behaviour course to address the particular needs of farmers and those working in agricultural environments.