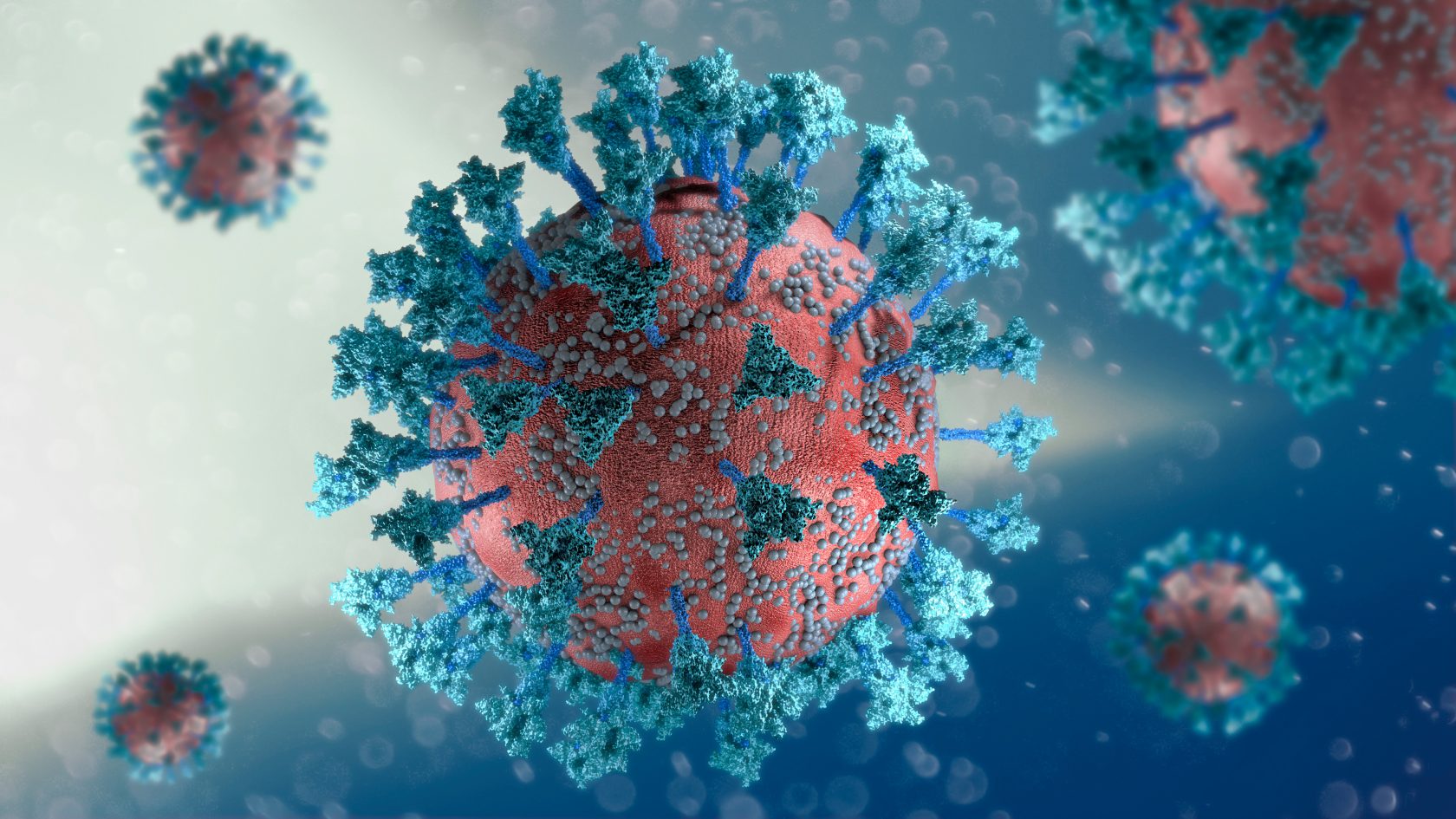 Dr. Mohan Babu and his research team rapidly designed and confirmed which peptides would bind to the SARS-CoV-2 spike surface protein, thus detecting which peptides can be used to detect COVID-19 in real time.

It’s likely easy to do, since for the last few years, and especially during the first year of the COVID pandemic, this image was ubiquitous. And for good reason. It’s that cell with those spike proteins that allows SARS-COV-2 into the human body.

What followed was a frenzy, and scientists around the world immediately began collaborating to try and stop the spread of virus by developing vaccines. And the spike protein was central to their experiments.

The University of Regina’s Dr. Mohan Babu and his team of collaborators from across Canada entered the fray. Their goal was to try and rapidly design and confirm through experiments which peptides would bind to the SARS-CoV-2 spike surface protein.

A peptide is made up of smaller chains of amino acids, which are the building blocks of proteins.

“Our team of researchers began rapidly designing and testing different peptides that hadn’t previously been investigated to find which ones would detect the protein spikes of SARS-CoV-2 and which ones would not,” says the professor of biochemistry. “We discovered that the ones that detect the spike protein can be used in real time to detect COVID-19.”

Babu says that the other part of the team’s project was to test patient’s saliva.

Dr. Mohan Babu says his team’s next steps will centre on looking at new peptide inhibitors that will block SARS-CoV-2 and variants-of-concerns from actually entering human cells for the purpose of pre-clinical testing. (Photo by Trevor Hopkin)

“By testing patients' saliva, we discovered which peptides are present there, allowing us to determine whether the patient had either SARS-CoV-2 or the alpha variant of concern. This means that we now have a promising tool that can help with diagnosing COVID-19 quickly and in a non-invasive way,” explains Babu.

He says what’s important about this strategy is that it can work for SARS-CoV-2 and can also be quickly altered to test peptides to diagnose other communicable diseases of immediate threat.

Dr. Gordon Asmundson is a newly elected fellow in the Canadian Academy of Health Sciences