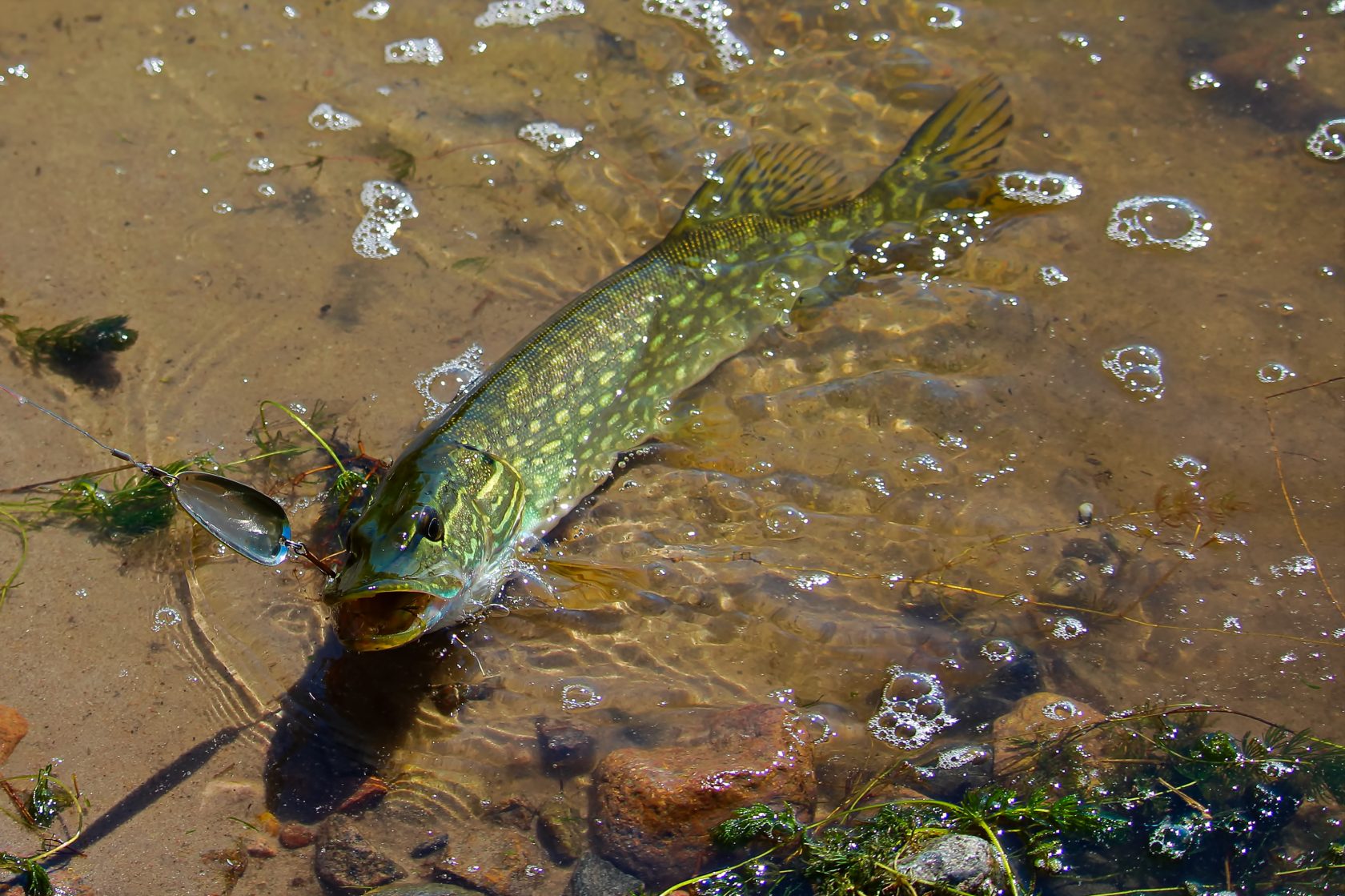 Tipping the scales: A new app hooks anglers and researchers

Many Saskatchewan anglers brought along something extra in their tackle boxes when they headed out on the water this past summer. Along with their hooks, lines, lures, and floats, they also packed their smartphones—not to check social media, but to help gather fish data for University of Regina researchers.

Smartphones are opening new doors for researchers to collect much-needed data with the help of citizen scientists. In this case, a downloadable app, MyCatch, has biology professor Dr. Chris Somers excited about the possibilities of enhancing and expanding his research program on fish in Saskatchewan.

“My research focuses on the interactions between people and animals, which are sometimes negative, and trying to ease those conflicts through scientific research,” he explains. “Fish are one of the most impacted groups of species, so this research can tell us about the health of fish and the waterways where they live.”

Anglers use the app to share information about the size, weight, and condition of the fish, as well as where it was caught.

MyCatch is a recent product of Angler’s Atlas, a company established in 1999 in Prince George, British Columbia, that maps fishing activities across Canada.

Anglers use the app to share information about the size, weight, and condition of the fish, as well as where it was caught. This information is then accessible to biologists and researchers. For Somers, the app allows for the possibility of wider data collection by recruiting thousands of anglers that contribute many thousands of hours of fieldwork—well beyond what researchers could achieve on their own. The data also provides information leading to better catch-and-release methods, minimizing the effects on fish.

The many fishing tournaments that are held across Canada each year, in conjunction with MyCatch, are proving particularly useful for gathering information. Anglers can fish the same bodies of water on the same days, catching, photographing, and then releasing their catch, or participate in regional tournaments over larger areas and longer time periods.

“One question we want to answer is what it is about how a fish is treated that affects how they survive,” Somers says. “Another goal is to learn more about which waterways are critical, since we know that fish can travel huge distances over a year. We need the big-picture view of what is important to the fish.”

While he is still in the early stages of assessing the potential of the data being collected by anglers through MyCatch, Somers is excited by how angling enthusiasts and landowners can augment the work of researchers.

He points to two observations reported a few years ago about a previously unknown invasive species, the Prussian carp. In one case, a rancher reported seeing large fish in a water body where there should have been no fish. In another instance, a rancher in the Outlook, Saskatchewan, area noticed unfamiliar fish swimming across a flooded field. He took photos and sent a report to the provincial government, triggering awareness that the previously undetected Prussian carp was actually present—and in large numbers—in Saskatchewan. 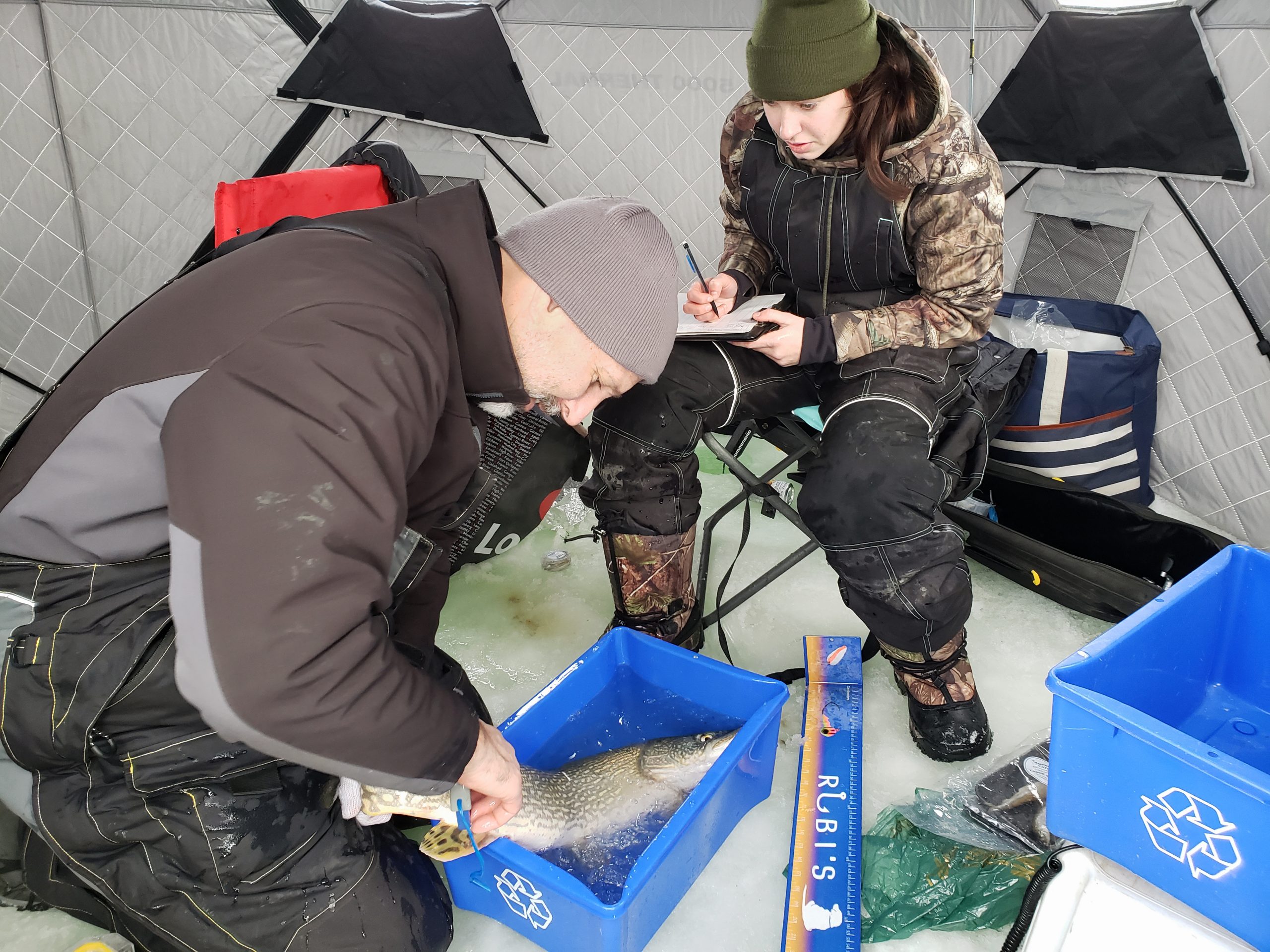 Concerned, the Ministry of Environment reached out to Somers for help. At the time, one of his graduate students, Shayna Hamilton, was part of a team tagging fish over the summer, a job that sparked her interest in fisheries research.

Growing up in a family of avid outdoors people in southeast Saskatchewan, Hamilton says she knew at an early age that she wanted to work in wildlife conservation. Besides being close to home, she chose to do her science degree at the U of R because of a course on animal behaviour that particularly interested her. The appearance of the Prussian carp became the focus of her master’s degree, in collaboration with the Ministry of Environment.

While she was in university, Hamilton became more interested in the science and the background behind decisions made to manage and conserve wildlife. She observed that hunters and wildlife managers shared the common goal of ensuring the sustained existence of the resource. Now, in her new role as a scientific advisor with Angler’s Atlas, she can confirm the story is the same for anglers and fish populations.

“I see that many anglers are interested in our research about fish. It’s a personal passion of mine to try to bridge the gap between anglers and biologists, and to encourage the exchange of information for the benefit of both groups,” Hamilton says.

To learn more about Dr. Somers’ research, visit his website at www.somersbiology.ca. If you’re an angler and want to help researchers ensure Saskatchewan fish stocks remain healthy and plentiful, why not download the MyCatch app at www.angleratlas.com.

Greg Campbell is the University of Regina’s creative projects specialist and the editor of Degrees Magazine.

Mood and the menopause transition

Research shows depression during perimenopause is more common than you might think.