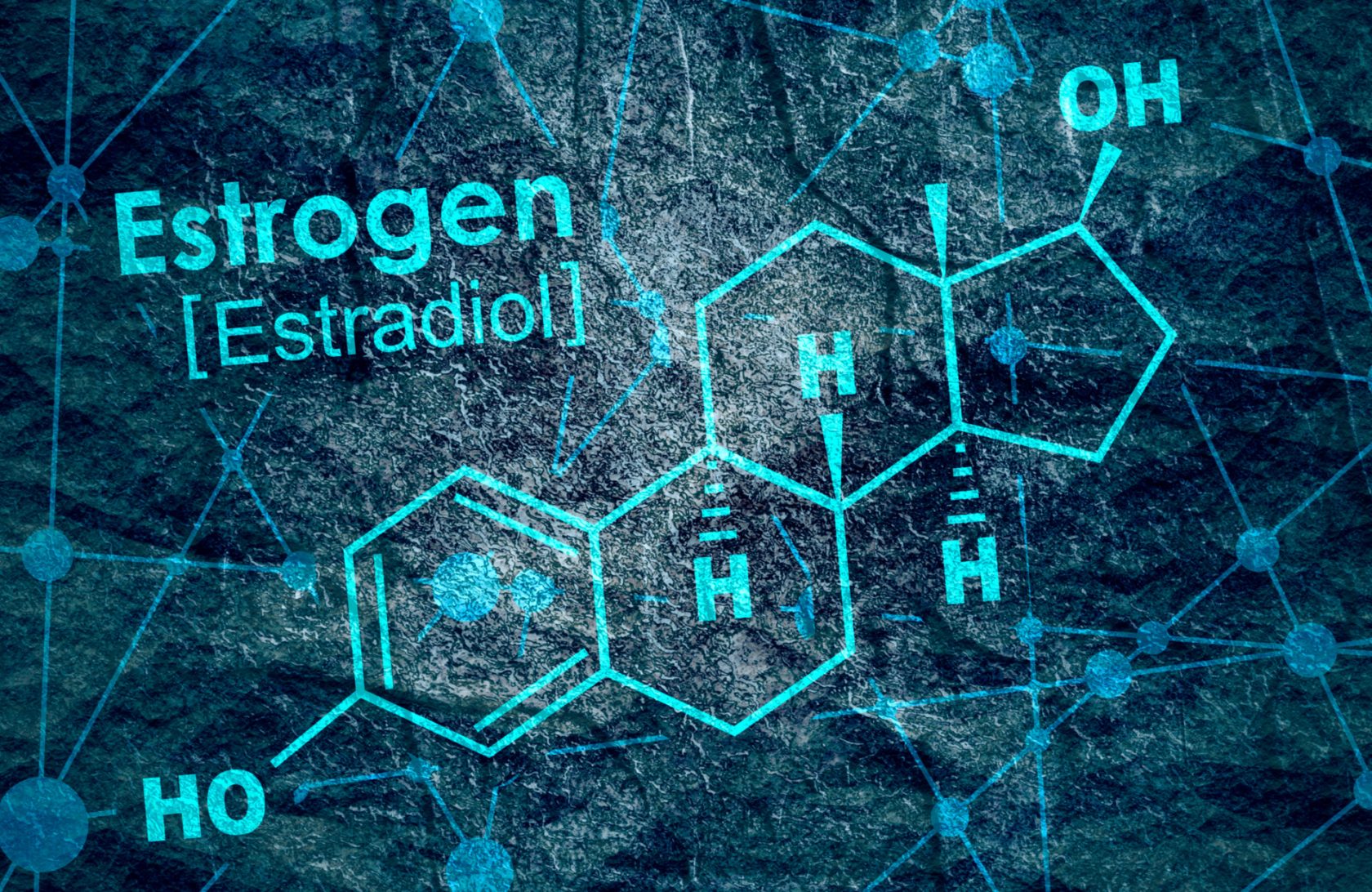 Mood and the menopause transition

Research shows depression during perimenopause is more common than you might think.

Dr. Jennifer Gordon has a mission: She wants to solve the mystery of why women are at increased risk for depression during the menopausal transition, and she wants to make that information widely available.

During the menopausal transition, estrogen levels fluctuate, and while it's been long thought that there’s a link between hormonal fluctuations and depression, Gordon says previous research hadn’t considered that there’s a lot of variability in women’s responses to hormonal changes.

“This study was one of the first to try to capture women’s individual sensitivity to estrogen changes,” Gordon says.

It’s a topic not many researchers are tackling, despite the fact that about half the world’s population will go through the menopausal transition. 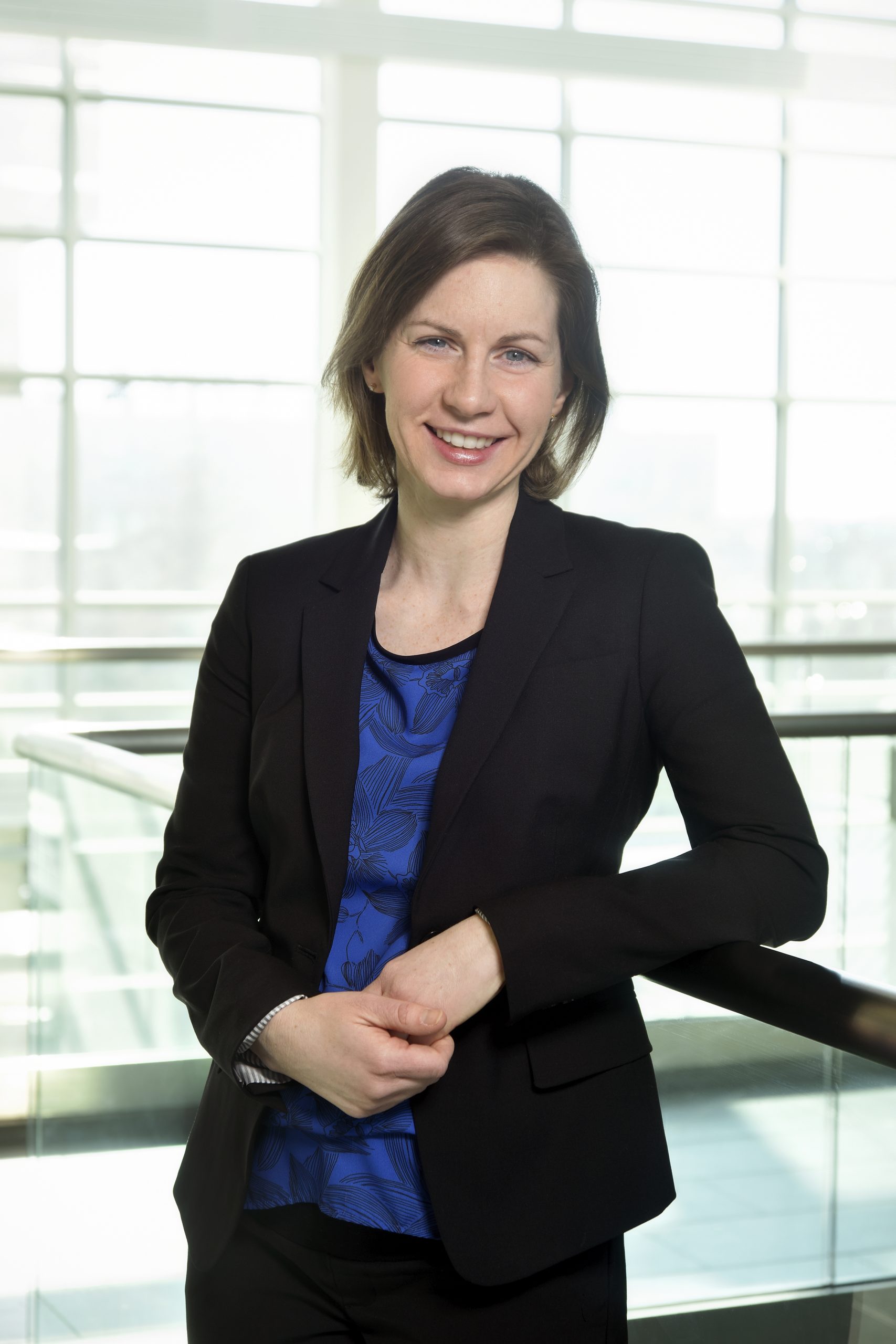 Dr. Jennifer Gordon wants to solve the mystery of why women are at increased risk for depression during the menopausal transition, and to make that information widely available. (Photo by Trevor Hopkin)

Gordon's postdoctoral training at the Center for Women’s Mood Disorders training program at the University of North Carolina (UNC) at Chapel Hill is the only one of its kind in North America.

“This research doesn’t fit perfectly into one medical field,” Gordon says. “I studied in psychiatry at UNC, and that’s often where it lies, but there aren’t a lot of people who see psychiatrists on a regular basis. OB-GYNs get a little bit of exposure, but as soon as it’s mental health, there might be a perception that it belongs to a mental health field.”

The topic of mood disorders connected to the menopausal transition is not taught in clinical psychology at all, she says, and there’s not one clear specialist who treats reproductive mood disorders. Due to this lack of professional help, women themselves are often left in the dark—often feeling like they are suddenly a stranger in their own bodies.

“Women notice that their mood is shifting during that time, but they don’t necessarily identify it as being triggered by the menopause transition,” Gordon says.

The Women’s Mental Health Unit at the U of R has a unique set up inspired by what Gordon learned at UNC, using cardiovascular equipment to test how women respond to stress in relation to hormonal changes.

“There aren’t many labs across the country that have the kind of focus I do,” Gordon says.

Her research goes beyond relying on self-reported mood changes and tries to find measurable mechanisms for the way hormones impact mood. You might have a general feeling of being “down,” but what does that mean, exactly?

“Is it because you’re perceiving things in a certain way or are more perceptive to negative things in the environment?” Gordon asks.

By getting more precise, it’s easier to pick up on signals that might otherwise be lost and discover whether there’s a particular mechanism that drives the effect of estrogen on mood.

Gordon’s study that found that 39 per cent of women are sensitive to hormonal fluctuations was funded by SHRF’s Establishment Grant Program, which helps early-career researchers in Saskatchewan establish health research programs that address a health challenge in the province and that will lead to securing major funding from other agencies.

And the funding did just that for Gordon. She says the SHRF-funded work shaped her thinking as she planned for her next phase of research, and she received funding from the Natural Sciences and Engineering Research Council of Canada (NSERC) shortly before the COVID-19 pandemic hit.

The NSERC grant will fund research to examine the mechanism by which estrogen can impact overall mood. She’s working with a physician in Saskatoon to recruit women to undergo an observational phase similar to the one in the SHRF study. Women who have a higher sensitivity to hormonal changes will then be recruited to participate in the second portion of the study, where researchers will experimentally manipulate participant estrogen levels once they’re post-menopausal.

The blinded study will measure both high and low levels of estrogen, giving the team the ability to measure all of the mechanisms they’re interested in. The randomized control trial nature of the study is unique, and not often seen in this kind of research.

Long term, this research has implications for pharmacological treatments. For example, if the research can prove that allopregnanolone (made in the body from the hormone progesterone) is an influencing factor between hormone changes and mood, treatments that manipulate allopregnanolone could be used. Allopregnanolone is currently being tested in the use of premenstrual dysphoric disorder and postpartum depression.

Gordon notes, though, that even though her research may inspire new pharmacological approaches, she still sees lots of potential for behavioural interventions.

One of the studies out of the Women’s Mental Health Unit looked at mindfulness-based stress reduction in perimenopausal women. The study measured hormone sensitivity and mood, and found that mindfulness did benefit women who were more sensitive to estrogen changes.

“It demonstrates that we can also be intervening in a behavioural way, which is good because there are a lot of women who don’t necessarily meet criteria for major depression, but do experience periods of very low mood that maybe don’t necessarily warrant medication but are still unpleasant to live through.”

Dr. Sheryl Green agrees that having non-pharmacological options for women is important. Green is a PhD level clinical and health psychologist licensed in Ontario and an associate professor in the department of psychiatry at McMaster University. She was born and raised in Regina and completed her BA and PhD in psychology at the U of R.

She says the gold-standard pharmacological approach to treat perimenopausal symptoms is hormone therapy. Antidepressants like SSRIs are often used for depression and anxiety during this time, which are effective, but some women may not be able to take these treatments if they're dealing with other health problems.

Green is on staff at the Women's Health Concerns Clinic at St. Joseph's Healthcare Hamilton. She says that when she started working there in 2006, she noticed that there weren’t many non-pharmacological options for women. She helped develop a cognitive behavioural therapy protocol for menopausal symptoms such as hot flashes, depression, anxiety, and sleep difficulties.

Despite being trained as a clinical and health psychologist specializing in anxiety mood disorders, she says that by the time she graduated, she had no idea how vulnerable women are during the menopausal transition. 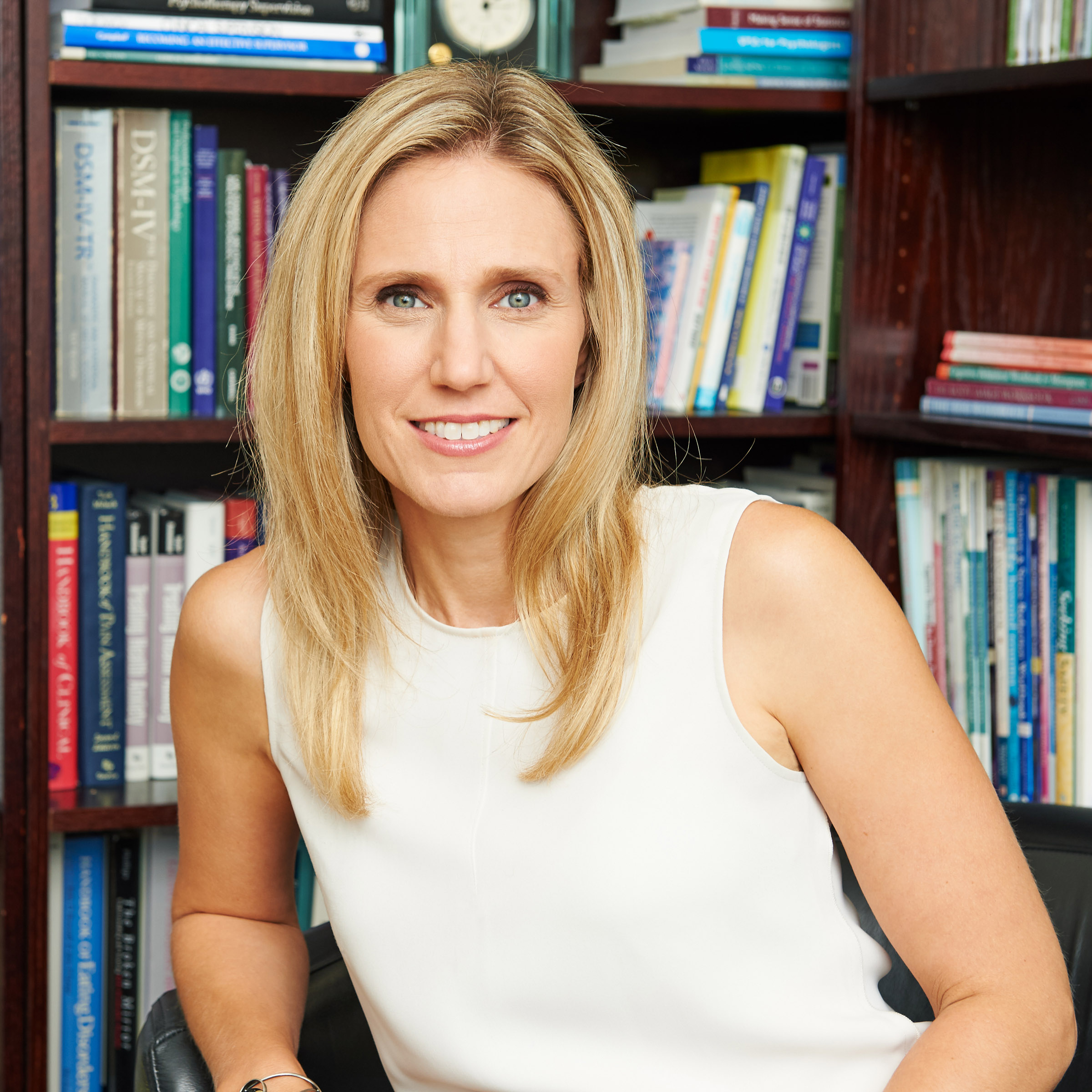 Dr. Sheryl Green, a clinical and health psychologist and associate professor in the department of psychiatry at McMaster University, agrees that having non-pharmacological options for women in the menopause transition is important. (Photo courtesy of St. Joseph’s Healthcare Hamilton)

She also says there’s still a stigma associated with perimenopause “even though every other person on Earth goes through this transition.”

That stigma can extend to the care women receive from healthcare providers or family physicians.

“They don’t necessarily know much about it or have training in understanding the common symptoms of menopause and what the common options are,” Green says.

Research and education are growing, though, across a variety of disciplines including psychology, psychiatry, and OB-GYNs. Those professionals are then able to share what they’ve learned with their patients.

Green was an external examiner for the PhD thesis by one of Gordon’s students. She says she shares what she learned from that paper with her patients.

That research, a sub-study of the SHRF Establishment grant, measured the cognitive functioning of women during the menopausal transition.

“When women are perceiving these changes, they’re not as sharp, or maybe they feel their memory is significantly impaired, or they can’t pay attention as much as they could in the past, and there’s a tendency to push the panic button,” Green says. “Is it early onset dementia? Or is this the way it’s always going to be? Or is it going to get worse?”

The study showed that women’s cognitive abilities remain within the normal range, and it’s backed up by an objective test over multiple months. Simply knowing this information can help prevent anxiety and stress, Green says.

Much of the work Gordon is doing is cutting-edge, and she says she hopes to play a role in disseminating the information.

“Many different healthcare professionals could be more knowledgeable about this,” Gordon says. “Family doctors are the people women see the most and may start having conversations about the menopause transition.”

But getting the word out is a challenge. It’s a lot of work to do the research and publish the paper, let alone share the information, for which she needs to create lay summaries and webinars.

“It’s a lot, but I see it as being very important,” she says.

For some women, simply knowing that their low mood is caused by fluctuations in hormones may be enough to help them gain perspective, and that perspective could make a big difference in their lives.

She’s in the process of creating a newsletter through her lab that can be shared widely, and would like to make short, easy-to-understand videos on topics like how hormones impact mood in the menopausal transition.

“That kind of thing gets a lot of buzz on the internet.”

She’s also involved in the International Association of Premenstrual Disorders, which has a mandate to provide knowledge translation, including for patients and healthcare providers. Their website has many resources.

Women want to understand what’s happening to their bodies during this time of change. Gordon says the women who have participated in her studies are engaged and interested in learning more.

“It’s reassuring to know that this is a thing, and there’s a biological basis for it, and it’s temporary,” Gordon says. “That’s encouraging. In the post-menopausal phase, mood improves, depression risk decreases to the level we see in men. The menopause transition lasts five-ish years. It’s an important chunk of time, but there’s power in knowing what is happening to you.”

Gordon says her research can help strengthen the understanding of how sensitivities to hormonal changes might be tied to mood, and that knowledge can prepare women for what they might face during the menopausal transition.

“My research supports what others have found in the past: that women with a history of severe PMS, which is thought to be an increased sensitivity to high estrogen and progesterone levels, might expect to experience some negative mood in perimenopause. Or, if you have a history of postpartum depression, that’s also a risk factor.”

For some women, Gordon says simply knowing that their low mood is caused by fluctuations in hormones may be enough to help them gain perspective, and that perspective could make a big difference in their lives.

Ashleigh Mattern is the co-owner of Vireo Creative, a website design and marketing firm based in Saskatoon. She’s been working as a freelance writer, editor, and marketer since 2008 and has written for a wide variety of local, regional, and national publications and organizations, including working as a reporter, editor, and associate producer at CBC from 2017-2021.

Tipping the scales: A new app hooks anglers and researchers