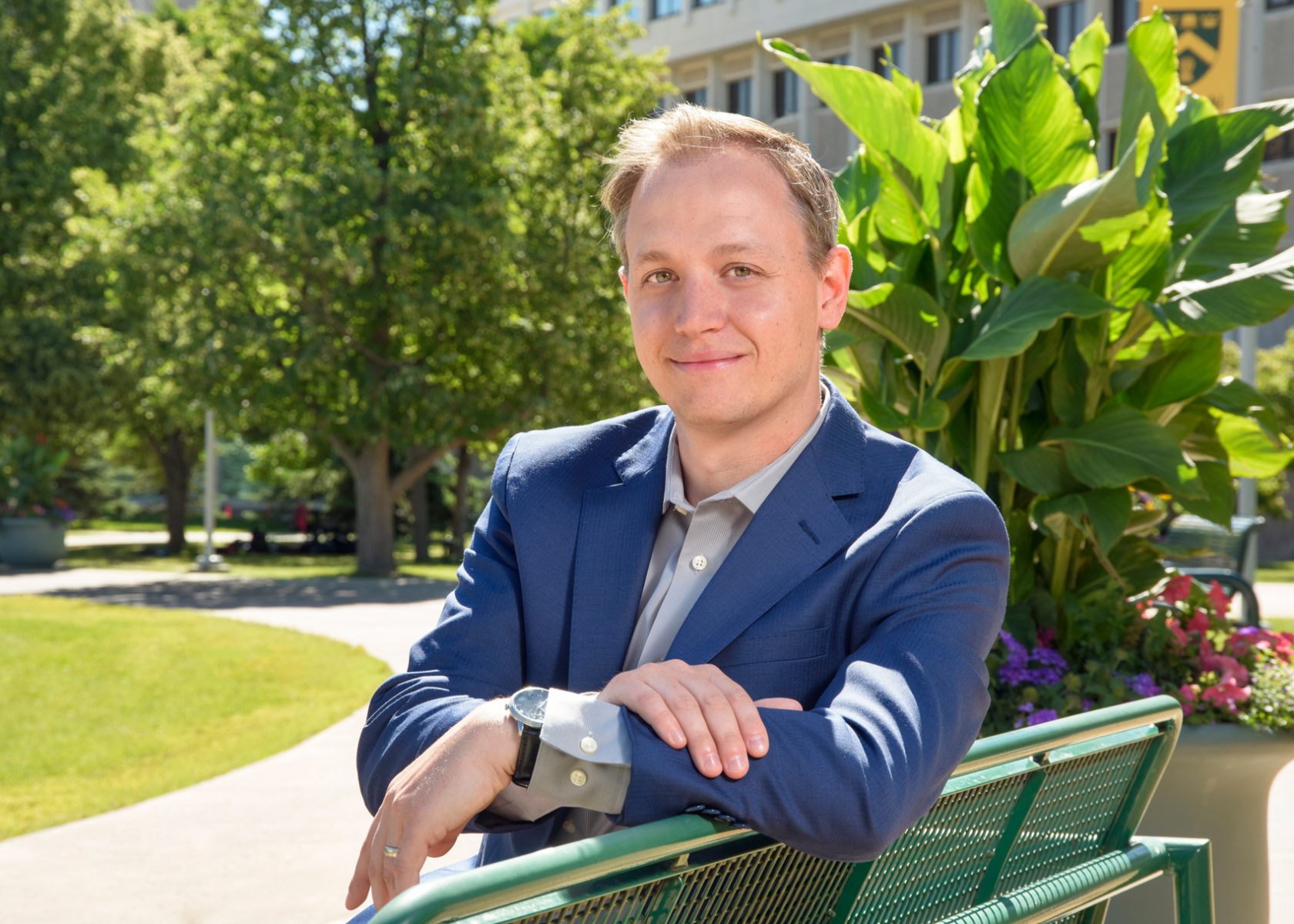 1 Gordon Pennycook’s research into why people believe and spread fake news, and how to use reason to fight the urge to do both, has been featured in media across the globe – from CBC’s radio science show, Quirks and Quarks, to CNN,  The New York Times, The Guardian, and Business Ghana.

A researcher in the early stages of his career, he’s no slouch in the academic writing department either, having amassed 60 peer-reviewed journal articles, including many that have appeared in top journals, such as PNAS, Science, and the Journal of Experimental Psychology: General.

An assistant professor of behavioural science in the University of Regina’s Hill/Levene Schools of Business and an associate member of the Department of Psychology, Pennycook has recently edited a book, The New Reflectionism in Cognitive Psychology: Why Reason Matters, and has authored five book chapters in the past four years. He is also a member of the editorial board for the international journal Thinking & Reasoning.

For all this work, and more, Pennycook has received the Canadian Society for Brain, Behaviour and Cognitive Science (CSBBCS) Vincent Di Lollo Early Career Award.

Pennycook says the honour means a lot to him.

“I've been going to the Canadian Society for Brain, Behaviour and Cognitive Science conference since I started grad school, ten years ago this summer. I'm particularly proud that my work is being recognized by cognitive scientists despite being interdisciplinary.”

The CSBBCS is a not-for-profit organization that advances Canadian research in experimental psychology and behavioural neuroscience.

The Early Career Award recognizes the exceptional quality and importance of the contributions of a new researcher’s knowledge in brain, behaviour, and cognitive science in Canada. The recipient of this major national award must be within 10 years of receiving their PhD.

2 Try explaining complex research in no more than 280 characters, with a video that’s less than 140 seconds. University of Regina biology PhD candidate Nicole Lerminiaux knows how – and it earned her a win in the #IAmInnovation Twitter contest held by the Canada Foundation for Innovation (CFI). 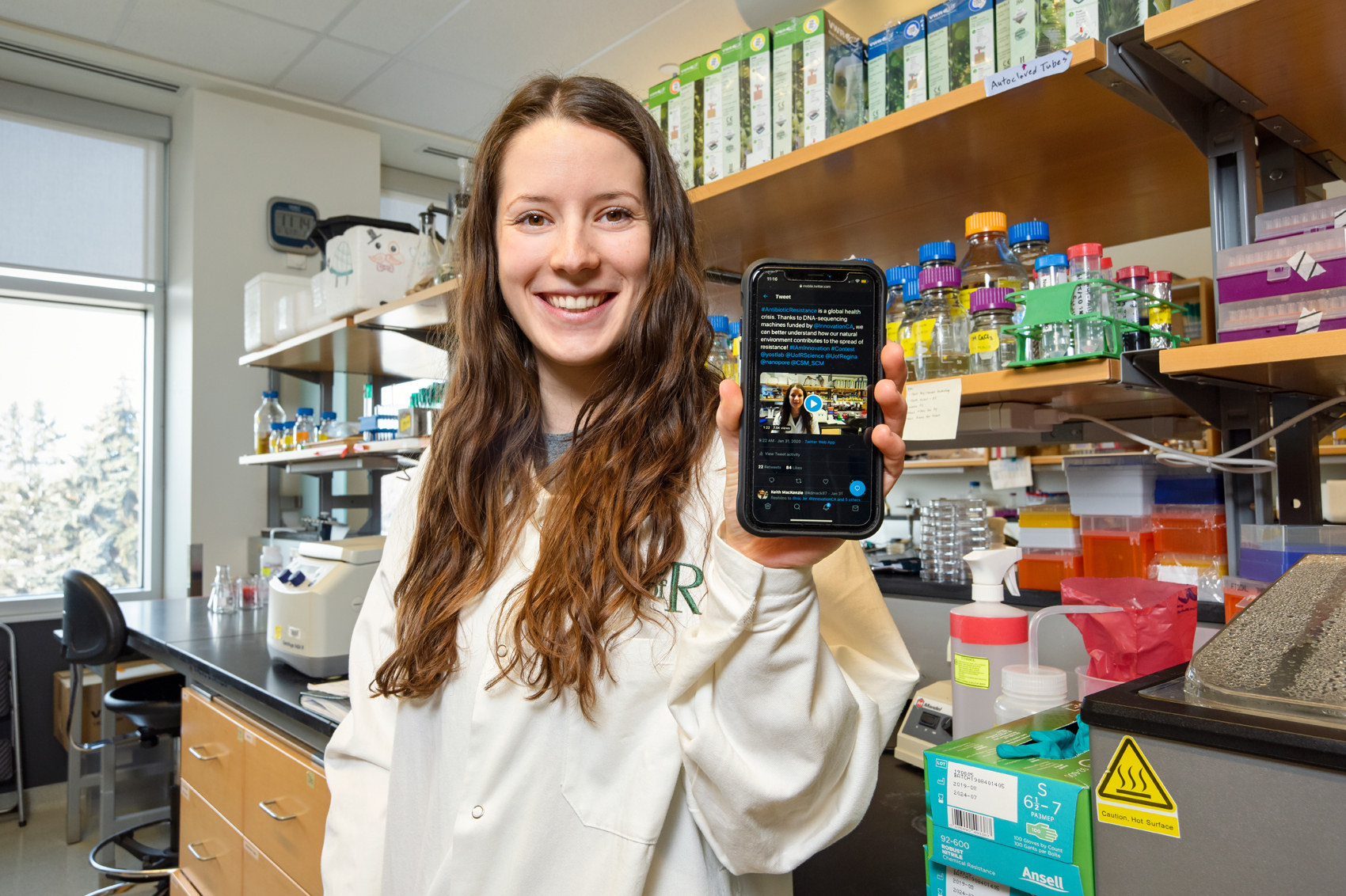 Her prize was a free trip to Ottawa to attend a science communications workshop, as well as a special event to discuss her research with MPs, senators, and senior government officials.

To enter, student and post-doc researchers nationwide were asked to tweet an image or video demonstrating their work in state-of-the-art facilities and with cutting-edge equipment funded by the CFI. The goal of the contest was to showcase the work of young researchers in CFI-funded labs across Canada.

Lerminiaux’s work, and her winning CFI tweet and video, focus on discovering how our natural environment influences antibiotic resistance in bacteria.

The program, led by Hadjistavropoulos, will provide free, confidential, and bilingual access to treatment for public safety personnel who self-report problems with anxiety, depression, or post-traumatic stress injuries; are 18 or older; are comfortable using the internet; are willing to provide a local medical contact in case of emergencies; and live in Saskatchewan.

Being piloted in Saskatchewan now, PSPNET will be available in Québec later this year and will expand across the country in the future. 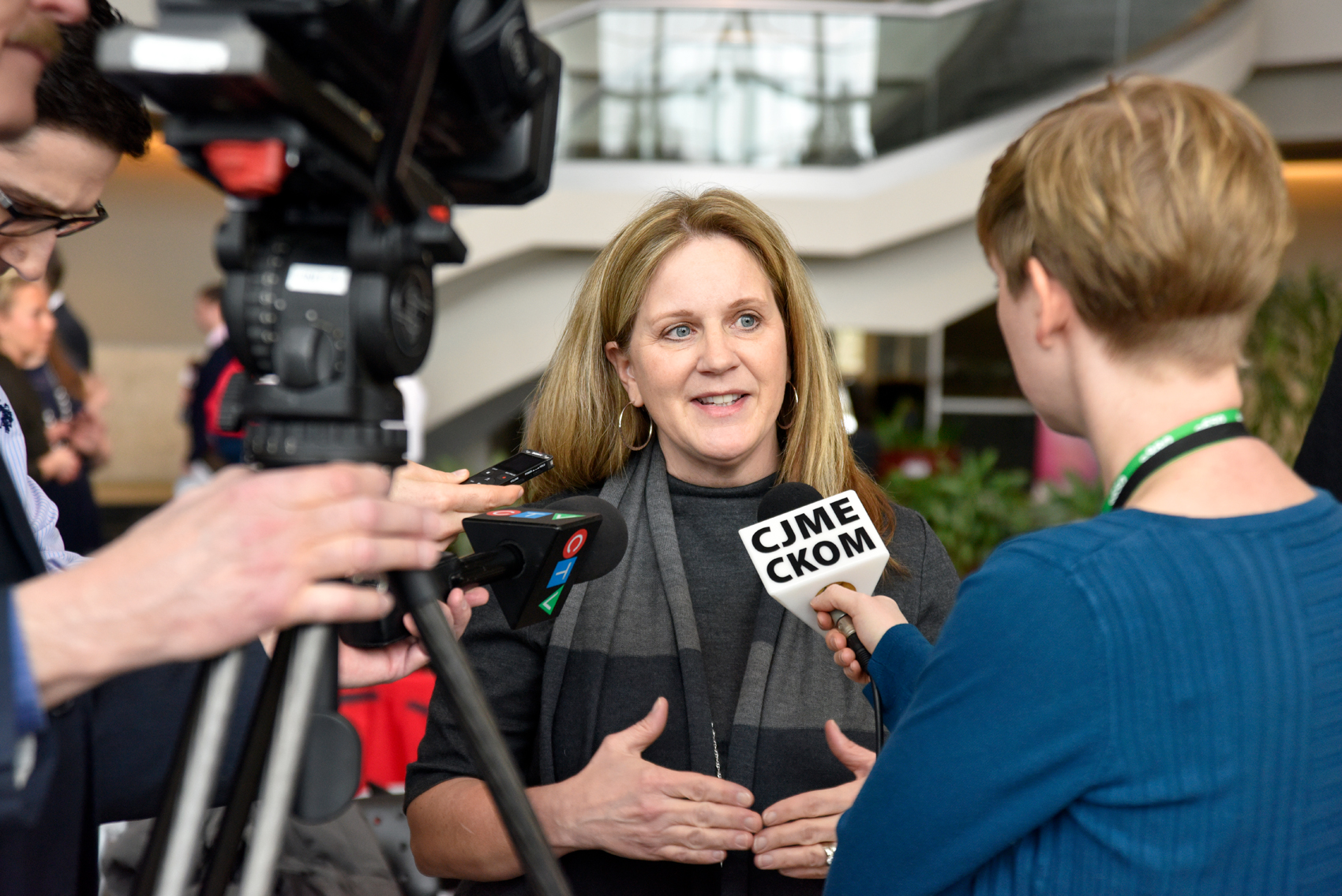 The online program will benefit public safety personnel who reside in remote and rural areas, have concerns around privacy, and/or have limited time for appointments.