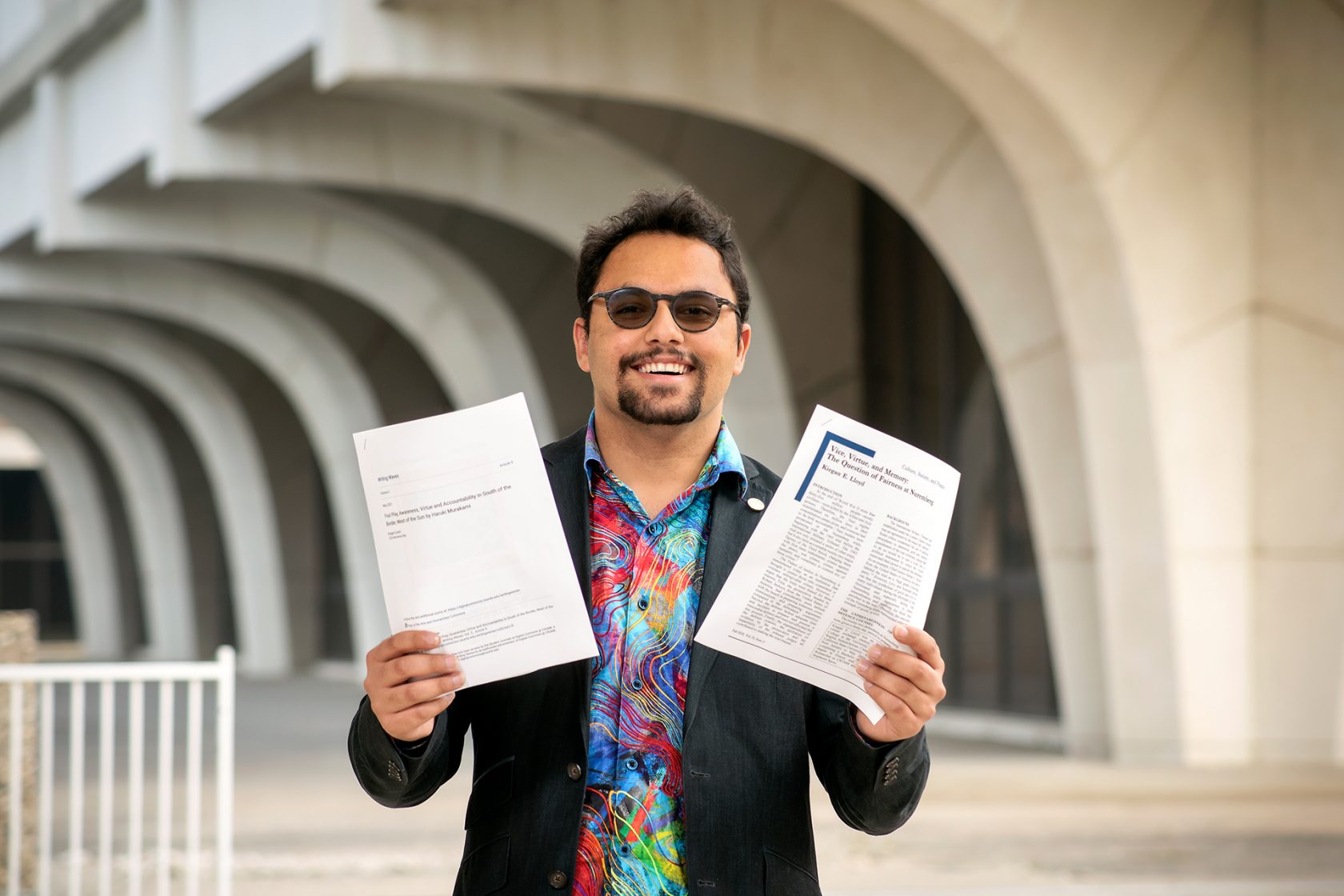 Getting the URJ for research

A quote attributed to Gandhi tells us to be the change we wish to see in the world. University of Regina fourth-year honours history undergraduate student Kiegan Lloyd embodies this philosophy with tenacity.

The aspiring professor, who has his sights set on double doctoral degrees, has quickly gained a reputation at the University for being innovative, collaborative, and downright likeable. At 23, Lloyd has also just launched the interdisciplinary University of Regina Undergraduate Research Journal, dubbed URJ, as editor-in-chief.

“It’s important for undergrads hoping to pursue graduate degrees to get their research published early on,” Lloyd says. “I know when I started university, I didn’t think I was a very good writer, and the thought of getting something published was daunting.”

But Lloyd is someone who quickly turns challenges into opportunities. It’s an attitude handed down from his parents, who were each the first in their families to receive a post-secondary education. Lloyd says they imparted their ideas about hard work, sacrifice, and higher education to him. To this day, Lloyd, who was adopted as a toddler from the Ukraine, has honoured his parents by studying hard.

Always in search of opportunities, Lloyd took advantage of the U of R’s study abroad program, which was offered online during COVID. “I was accepted into a virtual exchange at Cal State University and took publishing courses. I won an undergraduate research fellowship and had the opportunity to revise two previous papers I’d written and have them published in two of their undergraduate research journals. It got me thinking: Why can’t U of R do the same thing?”

“This journal is building a sense of community among students, with topics spanning social justice, globalization, and environmental sustainability,” Lloyd says. “URJ is proving that students are better writers than they think, and that their work really matters.”

Lloyd’s eyes light up as he explains how he turned this idea into reality.

“I got together with 20 U of R undergrads from across disciplines. Right from the start, Dr. Yvonne Petry—my history honours advisor, and dean and professor of history at Luther College—came on board as the faculty advisor. Dr. Troni Grande, associate dean of research and graduate studies in the Faculty of Arts, and Scott Wilson, Writing across the Disciplines coordinator at Luther, also got involved,” says Lloyd.

“One of our staff advisors, Christina Winter, scholarly communications librarian at the Archer Library, wrote an amazing letter of support, and so many others followed, including Saskatchewan’s lieutenant-governor and the deputy minister of advanced education. Everyone has believed in the importance of what we are doing. It’s been a real team approach.”

Grande says she’s impressed with the passion and commitment of Lloyd and the URJ team.

“Kiegan is a determined young academic who really knows how to get things done. We can all get behind the urge (URJ) for research!” she affirms. “This student-led initiative aligns beautifully with the University’s strong commitment in our Strategic Plan to support students’ experiential learning and growth. Faculty are excited to act as liaisons with undergraduate writers and researchers who are learning the steps needed to publish and get their research out to the broader academic world.”

Grande says support has been overwhelming. Dr. david Gregory, University of Regina provost, Dr. Nilgün Önder, associate vice-president (academic), and Dr. Kathy McNutt, vice-president (research), are on board, as are those working on the undergraduate research journals at Yale and Northwestern Universities, who are acting as mentors. 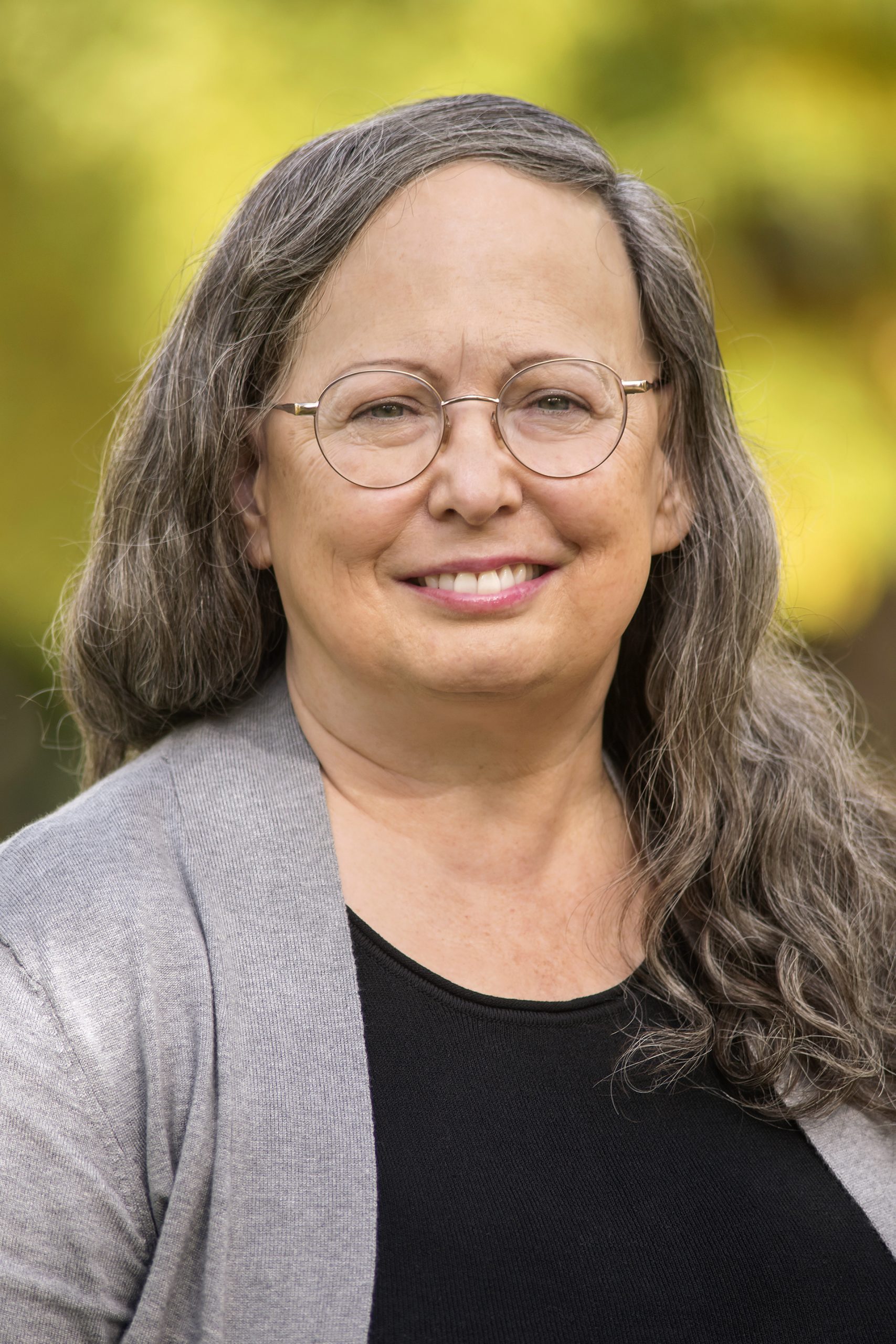 Dr. Troni Grande is the associate dean of research and graduate studies in the Faculty of Arts. (Photo by Trevor Hopkin)

Students can visit the URJ website to learn more, and are being encouraged to submit their research papers to the URJ submissions portal. After being reviewed by section editors, the brightest prospects will be sent for peer review. The first issue of the URJ is set for spring 2022.

“This journal is building a sense of community among students, with topics spanning social justice, globalization, and environmental sustainability,” Lloyd adds. “URJ is proving that students are better writers than they think, and that their work really matters.”

Lynette Piper is an award-winning writer and former government communicator and journalist who is now pursuing her BFA in Film Production at the U of R. Outside of school, she’s involved with several production companies using her creative writing, producing, and voice-over talents. Her passions include mental health advocacy and documenting the lives of Prairie pioneers.

U of R postdoc’s research on a novel gene moves us closer to better treatment, possible cure for Parkinson’s.