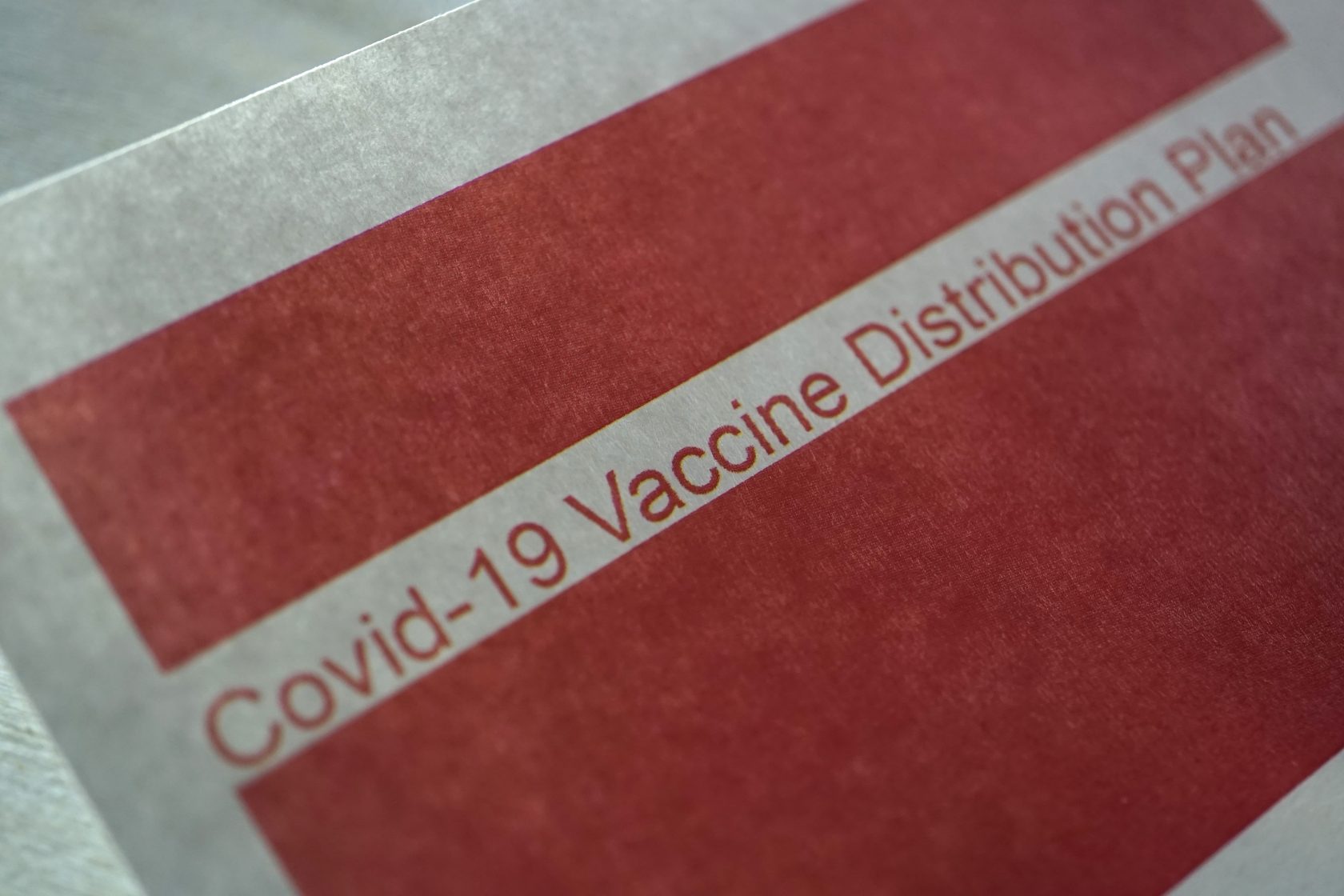 U of R researchers argue that COVID-19 offers an opportunity to rethink healthcare in the Canadian correctional system.

The coronavirus pandemic offers an opportunity to rethink healthcare in the Canadian correctional system, says a University of Regina corrections expert.

“Research shows evidence of inadequate healthcare in the Canadian prison system,” says James Gacek, assistant professor in the justice studies department. “From bureaucratic delays of prescriptions, to a lack of visits from nurses and counsellors, to the inability to secure mobility aids like prosthetics and crutches.”

And these are only a few examples of why healthcare in correctional institutions requires broad policy reform.

Currently part of a three-year longitudinal study funded by the Canadian Institute for Health Research (CIHR), Gacek is part of a cross-Canada team examining the mental health and well-being of federal correctional officers.

“Broadly speaking, my work delves into how to improve corrections for both incarcerated individuals, and those who work with them,” says Gacek. “And many of the answers to the problems I’m diving into involves conversations with those involved in corrections at many different levels.” 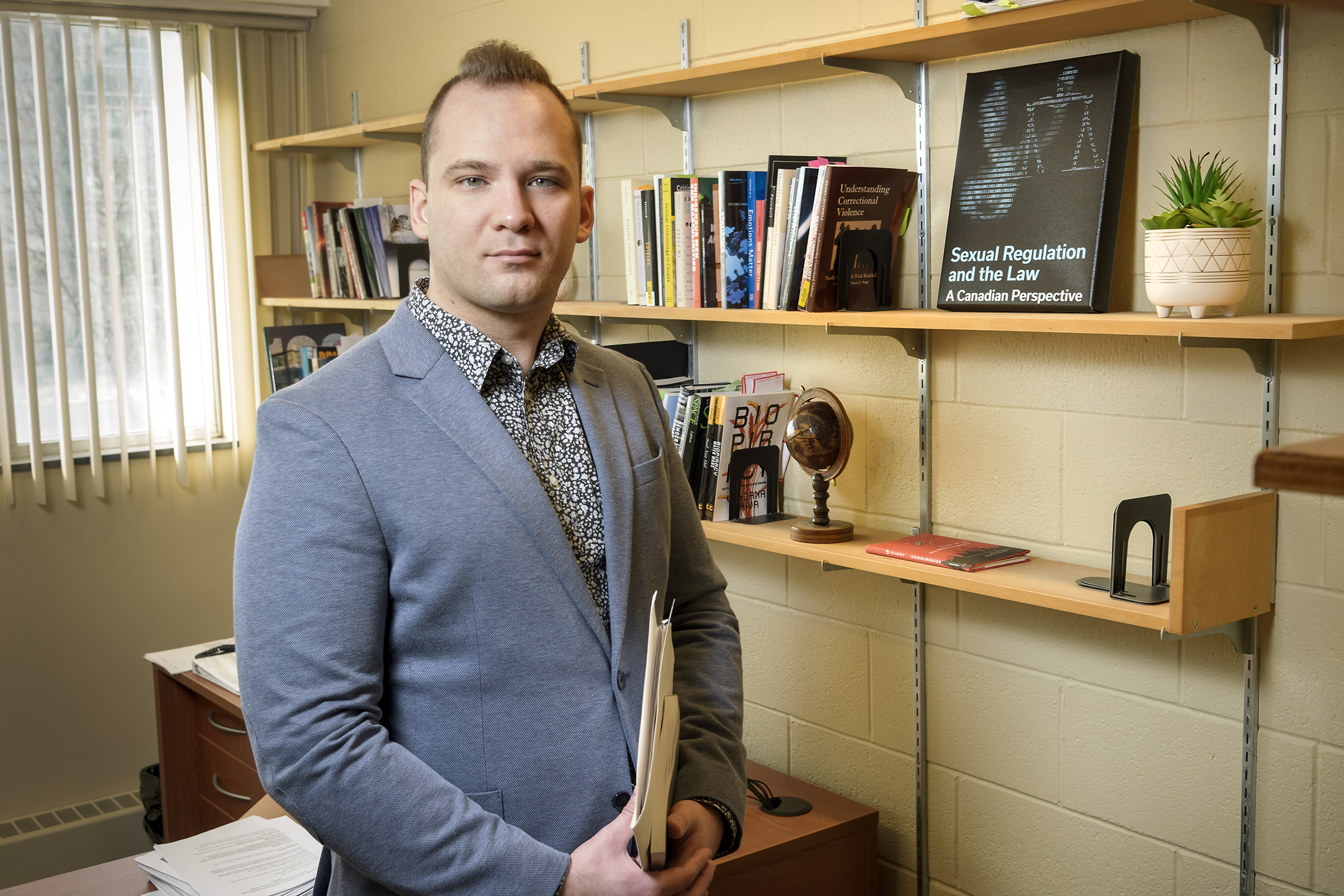 James Gacek says the pandemic offers an opportunity to rethink healthcare in the correctional system. (Photo by Trevor Hopkin)

A paper he published in The Howard Journal of Crime and Justice as part of a study from March 2020, looked at officer recruits’ interpretations of relating to transgender prisoners.

“When we explored how correctional officer recruits understand their responsibility to provide care, custody, and control of trans prisoners – while also ensuring their safety and prison security – we found that the theme of ‘it's complicated’ kept coming up,” says Gacek. “To effectively ensure the safety and security of trans prisoners themselves, our corrections officers have to have a better understanding of what the issues are. That means both corrections officers and incarcerated trans individuals must be part of the conversation.”

Trans prisoners is one example of why broad policy reforms in corrections is necessary.

“The pandemic has made apparent how we view different sectors of society and the ways in which we understand health,” says Gacek.

He says COVID-19 has shown, again, the need for prisoners and correctional officers’ voices to be included in health and policy decisions.

“We need to have the conversation about how to have more meaningful healthcare in practice in all levels of prisons,” Gacek says. “The vaccine rollout is a way we can start that conversation.”

“[W]e need to remember that while prisoners have committed crimes, the pandemic isn’t part of their sentence.”

“The pandemic has opened up the discussion around correctional healthcare and has raised issues of how we treat people,” Ruddell says. “This includes how we treat inmates and the people who work with them.”

The exclusion of correctional centres from primary phases of provincial and territorial vaccine rollout should concern the public, says Gacek, just as general prisoner and corrections staff safety and security should.

In February, the Government of Saskatchewan excluded jails from the second phase of its vaccine rollout despite a report by the Saskatchewan Health Authority that recommended otherwise. That report included correctional facilities in phase two, with other congregate settings like seniors in assisted living, homeless shelters, and group homes. That, despite the report stating that more positive cases existed in correctional facilities than in long-term care homes for periods ending on Dec. 21, 2020.

COVID-19 outbreaks have also occurred in correctional facilities in Regina and Saskatoon as recently as January 2021.

“If we accept the argument that the prison is a functional, necessary part of society, that's already an argument in and of itself,” Gacek says. “But, perhaps, more importantly, we need to remember that while prisoners have committed crimes, the pandemic isn’t part of their sentence.”

Gacek says steps need to be taken at the provincial, territorial, and federal levels to ensure incarcerated individuals and corrections staff survive the pandemic, and other inevitable crises going forward.

“Decisions about who should get vaccinated should be based on the risk to public health. If you have a risky population, they should move up the priority list.”

“The conditions in correctional facilities are not conducive to maintaining health and hygiene. Double or triple bunking, high physical contact between inmates and correctional officers, poor ventilation, and needle sharing all mean disease spreads through units at the best of times. The pandemic has only exacerbated it,” he says.

While it may be tempting to think viruses within correctional facilities do not pose a risk to the public, Ruddell, who is also the Law Foundation of Saskatchewan Chair in Police Studies, says otherwise.

“Pre-pandemic, the average correctional stay in Saskatchewan was approximately 30 days,” he says, emphasizing that correctional officers also regularly return home from work. Not vaccinating those in correctional facilities increases the chance of community spread.

“Decisions about who should get vaccinated should be based on the risk to public health. If you have a risky population, they should move up the priority list,” says Ruddell.

Ruddell says that since the onset of the pandemic, provincial correctional centres in most provinces reduced their number of inmates by 25 per cent by releasing those held on pre-trial and early releasing others about to complete their sentence.

“The fact that, so far, these releases don’t appear to be linked with an increase in crime, means the pandemic may reduce reliance on pre-trial or remand populations. But for those serving sentences behind bars, the pandemic has made an already bleak setting much worse,” says Ruddell

To prevent COVID-19 spread, Ruddell says inmates aren’t receiving family visits and may be told to stay in their rooms for as many as 23 hours a day. As a result, he says inmate morale is down and incidents of self-harm and suicide attempts are up in some facilities.

“This is even more reason as to why examining the policies and practices within correctional facilities is critical,” says Gacek. “Not doing so will continue to negatively impact incarcerated individuals, those who work with them, and society at large – which, as has been the case with COVID-19 – could be a matter of life or death.”

Katie Doke Sawatzky is a freelance journalist in Regina. She is also the communications coordinator for the Mennonite Church Canada.

Krista Baliko is the University of Regina’s research communications strategist and the editor of Discourse.

Climate in a box

PhD student Jared Suchan has developed a climate in a box, called the Bench-Scale Atmospheric Simulator.

Aging in the age of COVID

Exploring the impact of older adult’s living arrangements on their well-being during COVID.