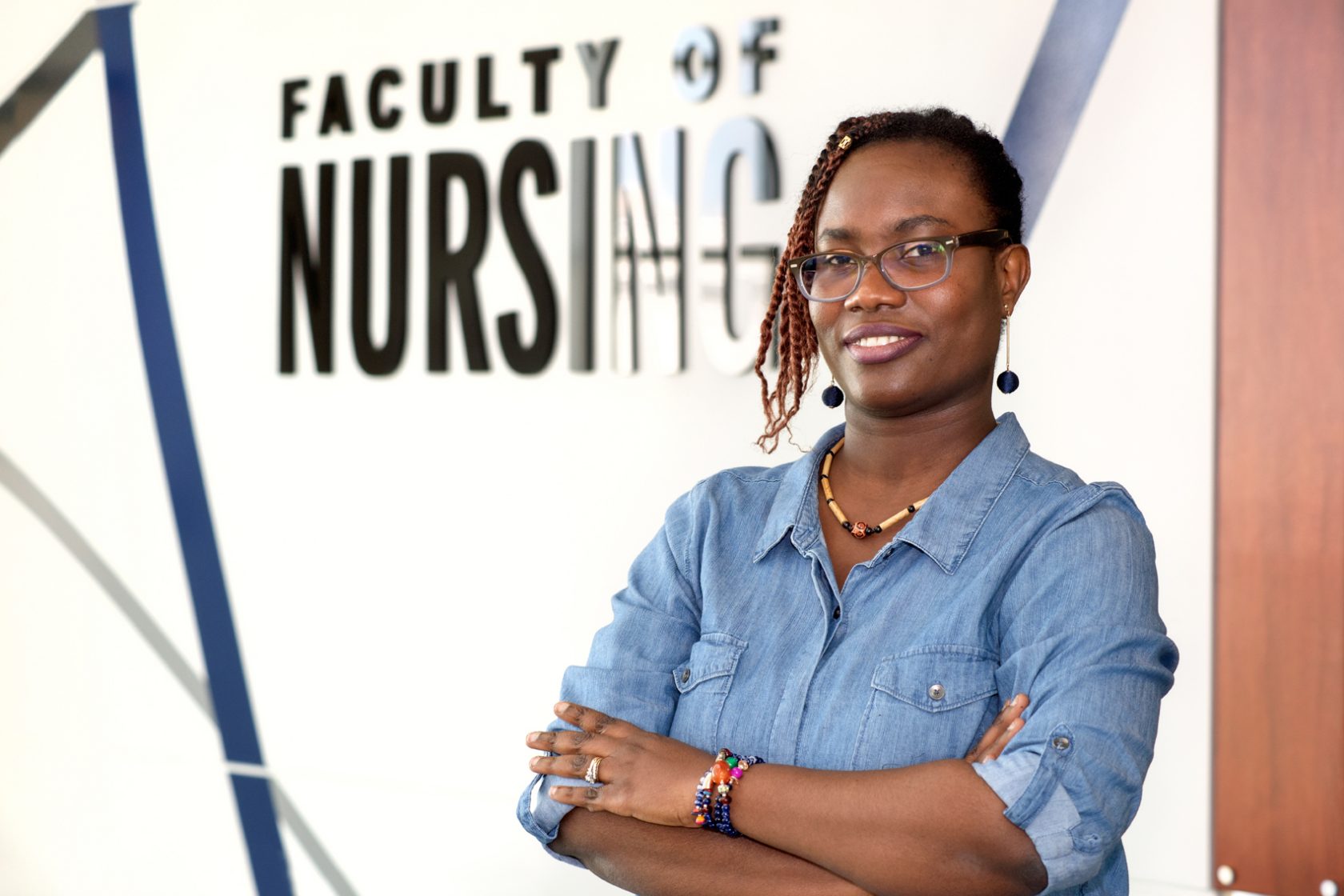 Reconciliation and the nursing curriculum

In Canada, many Indigenous people face discrimination and harmful stereotypes throughout their lives. Newcomers to Canada are often confronted with many of these misrepresentations.

This is true for Delasi Essien, who came to Canada from Ghana fourteen years ago.

"When I first arrived, and for years after, I heard negative stereotypes being perpetuated by media, people in my community, and even on my bus rides,” says the University of Regina PhD nursing student.

It wasn’t until years later, when she became a nursing instructor at the Saskatchewan Indian Institute of Technologies (SIIT), that she finally heard a different story.

“My orientation at SIIT focused on teaching about Indigenous peoples and their history. It’s where I learned about treaties and colonization. It was the first time I learned about history from a different lens,” Essien says. “We were also colonized in Ghana, so I had a deeper understanding. But the consequences are worse in Canada, and I couldn’t reconcile how people here didn’t know, or didn’t want to know, the truth.”

Essien spent a lot of time speaking with and learning from Indigenous people, and their stories made an impression.

While doing her master’s at the University of Saskatchewan, Essien studied how the nursing program could improve retention rates of Indigenous students, including starting to incorporate oral traditions and storytelling, and providing mentorship, housing, and childcare support systems.

Now, as part of her PhD, Essien is uncovering the colonial practices embedded within nursing education, and finding ways to deconstruct them.

"Indigenous knowledge is part of the path toward health and well-being for Indigenous people and so must be part of the nursing curriculum.”

“As a Canadian citizen, I’m guided by a desire to respectfully contribute to the discussion about the role of non-Indigenous Canadians in dismantling the legacy of colonialism and pushing the agenda of reconciliation,” says Essien.

Even so, she struggles with her role as a non-Indigenous person of colour researching the impact of colonialism on Indigenous nursing students.

“Newcomers are complicit in the ongoing legacy of colonialism. I’m committed to finding ways to help redress this through my work.”

Essien knows it’s challenging to reconcile current nursing practices and values—which have been described by some as inherently rooted in colonialism—with the ideals of Indigenization.

“Even the term ‘Indigenization’ is difficult to define. My research includes teasing out what it means within the nursing academy while working to obliterate obstacles that Indigenous nursing students face within the program.”

Hope or Hoax? The controversial promise of stem cell treatment