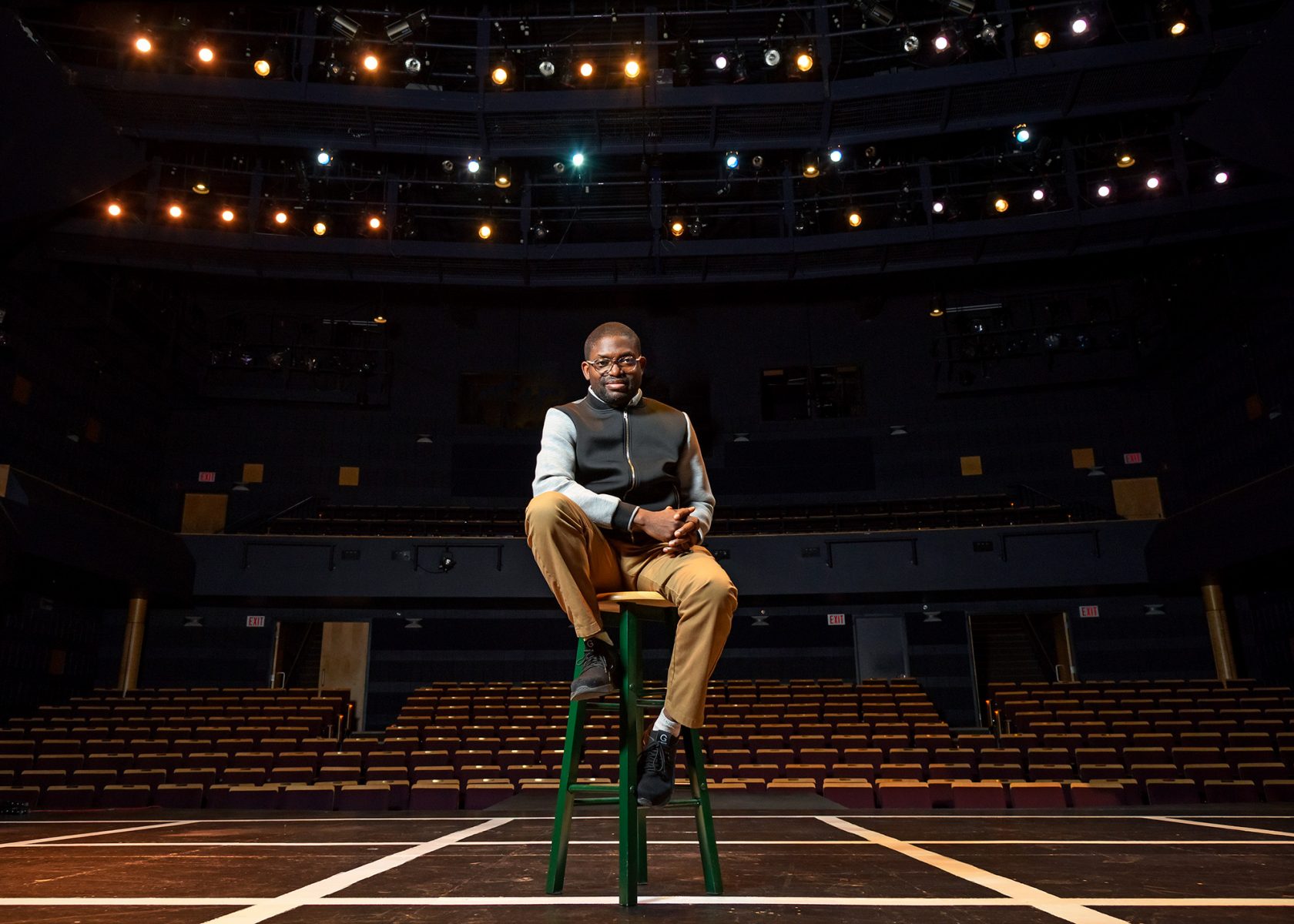 Around the world, immigration is on the rise. The same is true for Canada, where, in 2021, the country welcomed the most immigrants in a single year in its history.

Many of these immigrants and refugees have fled persecution and prosecution, or voluntarily left their countries, and arrived to Canada in hopes of a better life in place they perceive as open, democratic, and multicultural. Yet, according to one University of Regina researcher, that’s often not what they find.

“Canada brands itself as an inclusive and progressive immigrant country where races harmoniously co-exist,” says Dr. Taiwo Afolabi, a Black interdisciplinary artist from Africa and assistant professor and researcher in the Faculty of Media, Art, and Performance at the University of Regina. “And, while Canada was the first nation to adopt a multiculturalism policy to help newcomers overcome barriers to integration, when we arrive to Canada, we often have to contend with a colonial past along with systemic racism, such as race-based policing and surveillance, which we don’t really understand.”

Afolabi further explains that from Indigenous youths and families, to Black Canadians, and newly-arrived immigrants and refugees from Africa and elsewhere, questions of belonging, , racial justice, and fundamental human rights are critical to their Canadian experience now and in the future.

“These are critical issues that serve as the bedrock of claims for social justice, racial equity, and policing. In fact, theatre’s power to create awareness, disseminate knowledge in a relatable way, and galvanize communities, creates the possibility of engaging citizens, policy makers, organizations and institutions,” says Afolabi. “Theatre is powerful, because it can create space for these intergenerational and intercultural conversations,” says Afolabi.

To dig into these conversations, Afolabi has been awarded a tier 2 Canada Research Chair (CRC) in Socially Engaged Theatre through the Government of Canada’s Social Sciences and Humanities Research Council. As a CRC, Afolabi will receive $120,000 of funding per year for 5 years.

“My research program is a decolonization initiative, with the goal of including the RCMP constables, police officers, and police cadets in various projects with local BIPoC communities so these regulators can become the architects of their own transformation through the power of socially engaged theatre,” says Afolabi. 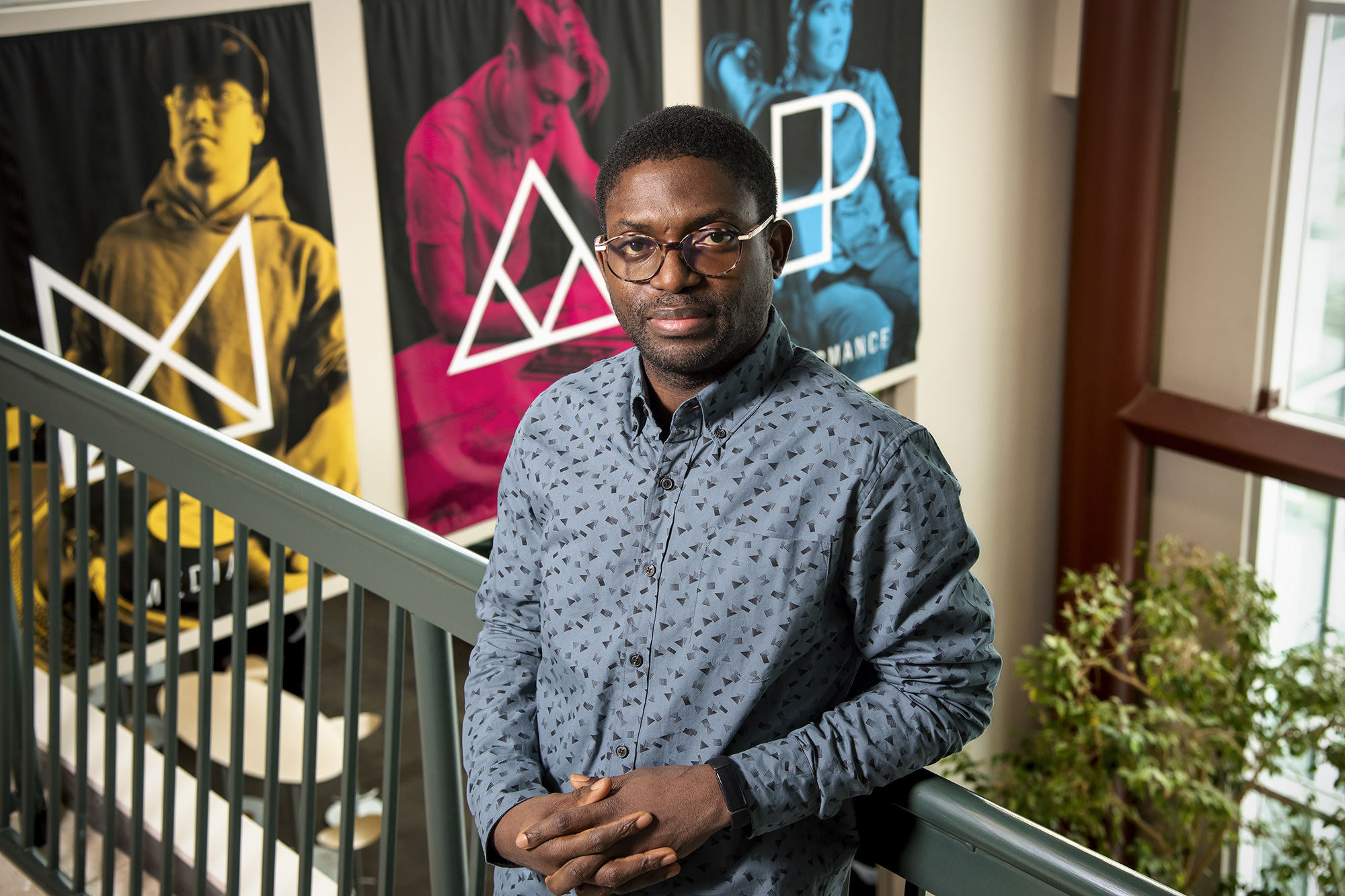 With a BIPoC focus, Afolabi says his research will also provide a  community-generated framework, geared specifically for people on the prairies, to help them  understand the problems that exist around cultural, regional, and racial differences.

“My focus is on an artistic and community-based approach, which I hope will help to provoke new ideas from the local community on complex and systemic questions, including experiences of police surveillance, control, and brutality,” says Afolabi.

The newly appointed Chair will also create the Centre for Socially Engaged Theatre (C-SET) at the University of Regina.

“C-SET will be a place for discussion among scholars, artists, drama educators, community partners, and collaborators committed to engaging with questions of systemic racism and colonialism. I want the space to be a ‘Linkubator’ – a dedicated space where ideas and people connect to create socially relevant theatre, and engage in theatre and culture sector-driven research.

Support to create C-SET is in-part being provided by the Canada Foundation for Innovation (CFI) John R. Evans Leaders Fund (JELF). The $48, 228 in funding will support this infrastructure associated with his CRC.

Dr. Kathleen McNutt, Vice-President (Research) at the University of Regina says Afolabi’s scholarship and C-SET will create a much-needed space for difficult, but much-needed discussions.

“The creative exploration that theatre allows for will generate the kind of innovative ideas that both communities and scholars – including our graduate students and postdoctoral fellows – will benefit and learn from,” says McNutt.

Afolabi joins seven other Canada Research Chairs at the University of Regina.

The Canada Research Chairs Program is part of the federal government’s national strategy to make Canada one of the world’s top countries in research and development, while the John R. Evans Leaders Fund (JELF) supports the leading-edge work of a select group of university researchers by providing them with the foundational research infrastructure they require to be, or become, leaders in their fields. The fund’s name pays tribute to the outstanding contributions of John R. Evans, the first Chair of the CFI’s Board of Directors.

PSPNET program expands to the Maritimes thanks to financial support from the Medavie Health Foundation and partners.

University of Regina professors receive close to $3.5 million in research funding for projects that have the potential to change the lives of people in Saskatchewan and around the world.