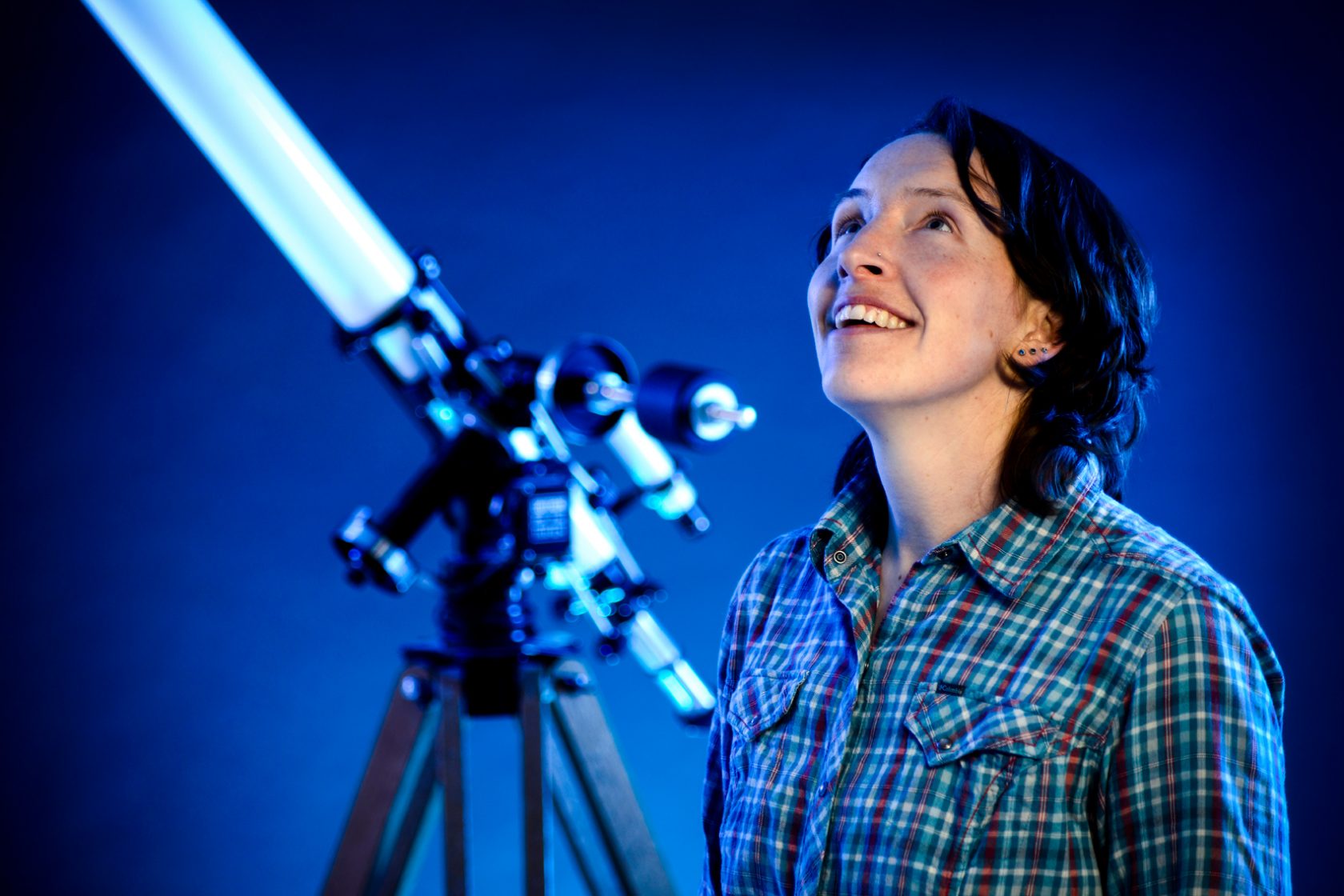 Samantha Lawler, an astronomy assistant professor at the University of Regina, is testing the Planet 9 theory. (Photo by Trevor Hopkin)

The possibility of a Planet 9 existing in the outer reaches of our solar system has been making headlines ever since a paper theorizing this was published in 2016 by Caltech researchers Mike Brown and Konstantin Batygin.

With all the hype, Samantha Lawler, an astronomy assistant professor at the University of Regina, felt compelled to test the Planet 9 theory.

“The idea that there’s another planet farther out in our solar system is fascinating. I mean, I’m biased because I’m an astronomer, but I think it’s something that is fundamentally interesting to humans. It’s something we’re all curious about,” says Lawler, who was an undergrad at Caltech when Brown discovered Eris, the first Kuiper Belt object (KBO) larger than Pluto. The Kuiper Belt is a region of the solar system that exists beyond the eight major planets. Brown’s discovery led to the vote by the International Astronomical Union that ultimately removed Pluto's planetary status.

Lawler is part of the Canadian-led Outer Solar System Origins Survey (OSSOS), an astronomical observation program that involves 40 scientists from eight different countries who are working to map out the distant solar system.

Lawler decided to use the celestial maps produced by OSSOS in combination with computational orbit simulations to test the Planet 9 theory.

OSSOS analyzes images captured by the Canada-France-Hawaii Telescope, a world-class, 3.6-metre optical/infrared telescope that sits on the summit of a dormant volcano on the big island of Hawaii. 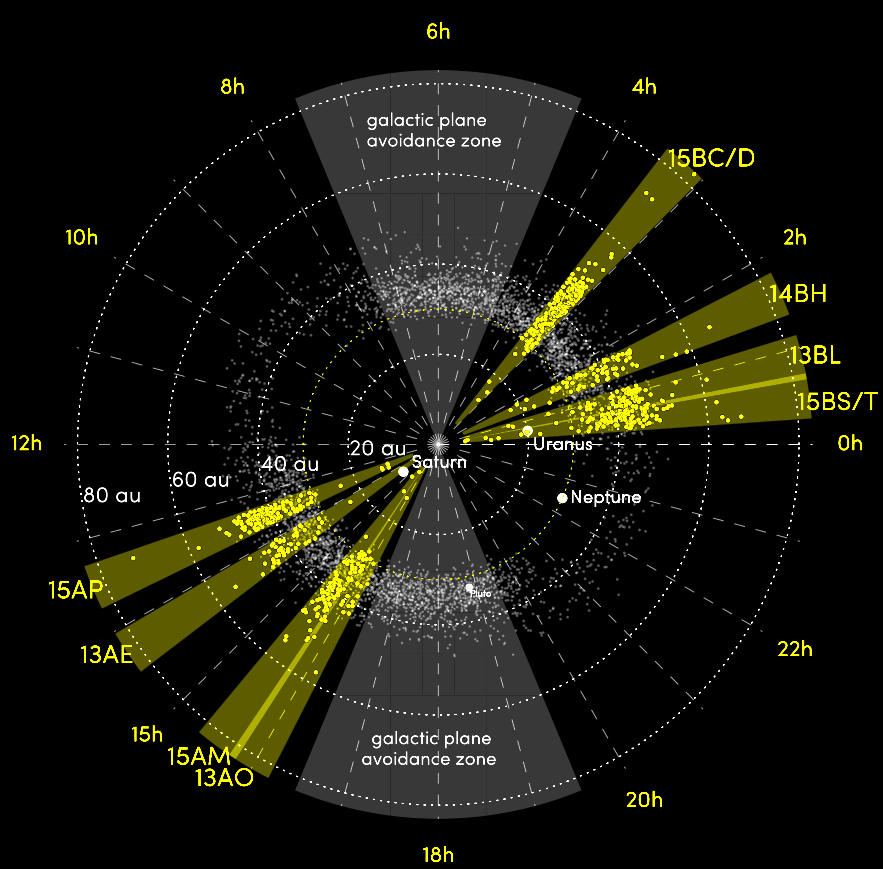 From 2013 to 2018, more than 800 KBOs were observed by the telescope. All the data collected has been made available to the public.

For her part, Lawler tracked the orbits of the KBOs using computer modelling. She also ran orbital simulations to observe how the objects arrived at their particular orbits.

To test the Planet 9 theory, she and co-investigators examined the orbits of six KBOs that were at the heart of Brown and Batygin’s 2016 paper. That paper proposes the KBOs’ orbits are aligned, and that it is this phenomenon that requires the existence of a large, distant planet that is 10 times the size of Earth – Planet 9.

“If Planet 9 is real, then my simulations show that a lot of the distant orbits of the KBOs should be tilted,” says Lawler. “Using the OSSOS survey, astronomers basically said that they couldn’t confirm if that was the case because the orbits were too far away,” says Lawler.

“It’s really hard to prove something wrong,” says Lawler. “From our data, we can’t say that Planet 9 doesn’t exist, but we can say that there’s no evidence in favour of it.”

Rosemary Pike, an astronomer with the Minor Planet Center at the Harvard-Smithsonian Center for Astrophysics, was also on the OSSOS team. She worked with Lawler on her Planet 9 simulations while working at Academia Sinica in Taiwan.

“It’s really awesome to work in a group. We’re able to pool resources from different places to do a much bigger project than any of us could have done separately,” says Pike. 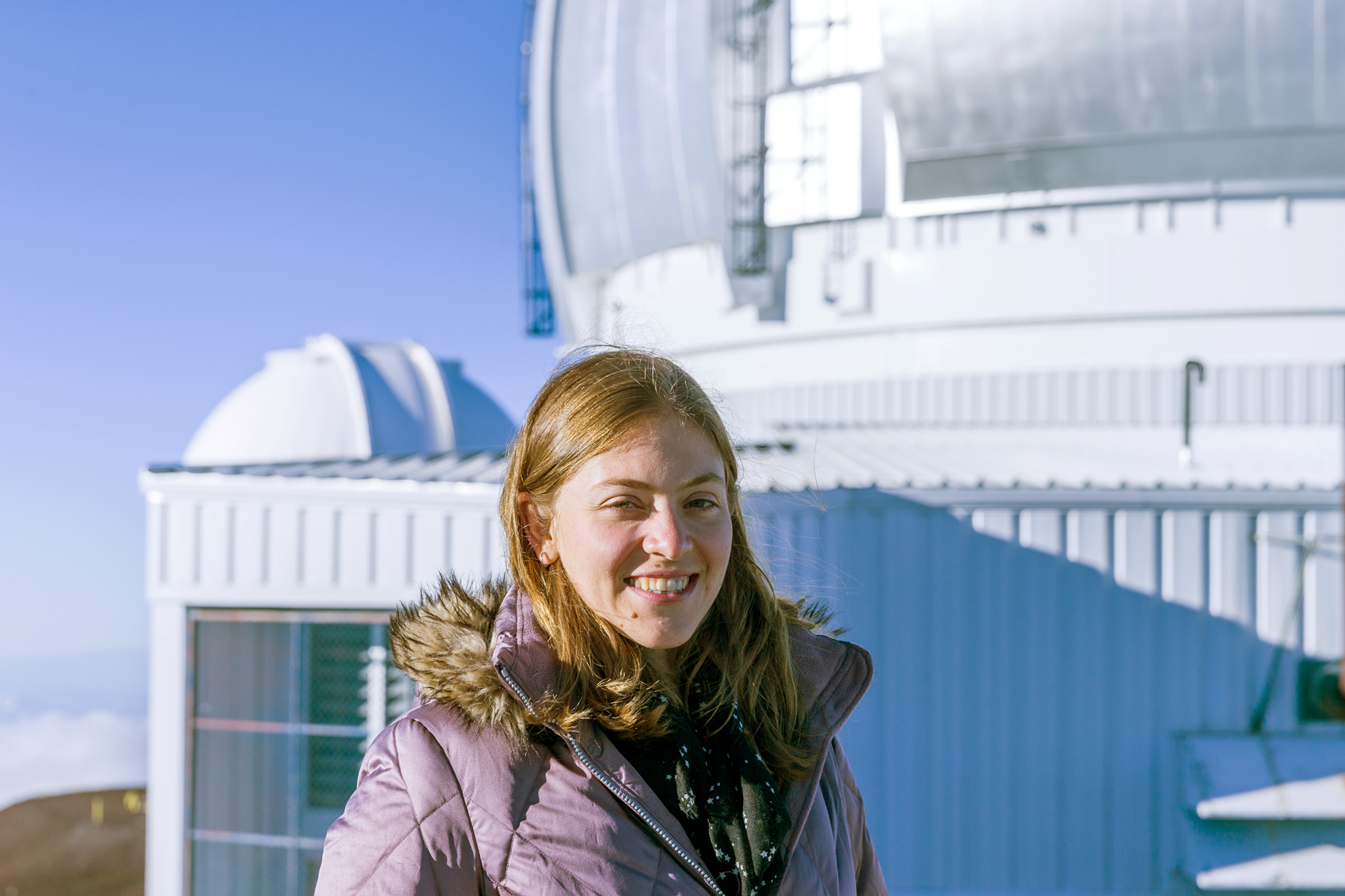 Astronomer Rosemary Pike at the Gemini Observatory on Maunakea in Hawaii. The Gemini telescope dome is behind Pike, and the Canada-France-Hawaii Telescope is the smaller dome to the lower left. (Photo by The International Gemini Observatory/NSF's National Optical-Infared Astronomy Research Lab/AURA/M.J. Pollard)

Pike and Lawler, in collaboration with other scientists from the Smithsonian Center for Astrophysics and Academia Sinica in Taiwan, will run a survey searching for more KBOs using the Canada-France-Hawaii Telescope this year. Their goal is to combine their results with the OSSOS survey, possibly shedding even more light on Planet 9 statistics.

Specializing in surface characterization, Pike will be able to use her access to the Magellan telescope in Chile and the Gemini observatory in Hawaii to examine the surfaces of the objects that Lawler will help to classify. Lawler will do this using the supercomputer facilities of the Canadian Advanced Network for Astronomical Research.

“You’re at a disadvantage if you don’t build collaborations,” says Pike. “People bring different skills to each project, they bring access to different telescope resources, and there’s just too much out there for everyone to be perfect at everything.”

Katie Doke Sawatzky is a freelance journalist in Regina. She is also the communications coordinator for the Mennonite Church Canada.